The wind in the willows – Wednesday’s situation & outlook 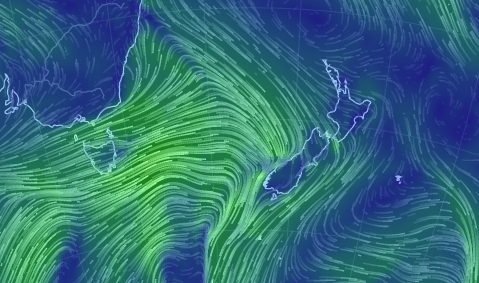 Another day of strong winds lies ahead tomorrow – and this time it’s worse in places – as that strong westerly airflow pushes up across the country.

Some morning showers in the west will clear and turn into sunny spells, as the northwesterlies winds turn southwest, while further south it’s looking rough.

Wellington will see gusty northwesterlies during the day, potentially getting to gale force strength in exposed places, though any early rain should clear up quickly.

In the east of the island, it’s looking dry, with the Bay of Plenty looking at a slight risk of a shower in the morning, while the rest of the coast will see morning high cloud with a similar chance of early rain, and mostly sunny conditions in the afternoon. Northland is looking dry, too.

The West Coast is again looking at the worst of the weather, with showers forecast for most of the day, and steady rain moving into South Westland by evening.

Nelson is looking at similar weather to Wellington, though the northwesterlies won’t be quite as strong (but still gusting powerfully at times).

The east coast of the South Island will fare better, with sunnier conditions but the same gusty northwesterlies about inland areas and a risk that the winds could gust to gale force in exposed areas.

Marlborough and maybe North Canterbury could be in for an early shower, too.

Southland will see strong westerly winds, gusting gale force about the coast at times (Foveaux Strait), with the odd shower here and there during the day.