Home > News > The towns and cities most likely to get ...

The towns and cities most likely to get snow are… 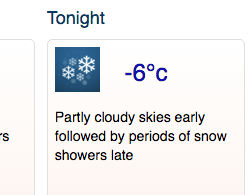 UPDATED 6:07pm — Everyone is asking us “Will it snow at my place?”. This isn’t an Antarctic blast so there isn’t major polar energy coming in off the ice caps, instead a large high over Australia is helping scoop up cold air from over the Southern Ocean area – this is going to merge with sub-tropical rain (coming in as a wet cold easterly) around Wednesday, Thursday and Friday creating both heavy rain and heavy snow (rain heavy at sea level falling as heavy snow above 200 or 300m).

Sea level snow isn’t highly likely at this stage – at least not settling or falling in large amounts. But it is possible that we may see some flurries reaching low levels, or sea level, around Southland, Otago and parts of Canterbury for a time (especially overnight tonight and early Wednesday morning).

Using a combination of reliable data and gut instinct here’s our best thinking on where snow is likely, or possible…

Expected to get snow:

HOW MUCH SNOW? Some areas inland may only get a few snow flurries, even if in a high risk area for it – this is because there isn’t much moisture making it into some inland areas due to the wind flow – places like Wanaka, Tekapo, Alexandra for eg.

Want to check your town, suburb or Kiwi community? You can search our 1500 forecasts here.

Remember this isn’t a storm and isn’t an Antarctic blast, even if there will be some severe weather – we usually need a few moving parts all lined up in the right places to get snow into our biggest centres at heavy amounts or sea level. Dunedin is the highest candidate for snow out of the main centres for this event.

WeatherWatch.co.nz’s focus for this event remains on farmers, growers and travellers for now.

Hi Guys, we are at about 560m high just a few minutes down the Napier-Taupo from Taupo. I’ve seen some advice of snow down to 500m East of Taupo including Sh5 and would like your opinion on what we may see – have some early season lambs to worry about.

Hi there, oh not the best timing to have cold snap and lambs, sorry to hear that. Yes snow is certainly possible, we’re seeing it forecast for Rangitaiki (http://www.weatherwatch.co.nz/weather-forecasts/Rangitaiki) at 700m but only a small amount – so hopefully you’ll be ok and may not get any – or if you do it will be short lived, but there is a chance for more rain or snow (more precipitation). It’s a bit unpredictable because the centre of the low will be crossing into the North Island, and so wind flows will be constantly moving around. But snow or not the wind chill and damp conditions could be deadly for lambs (especially if newborn) so just keep that in mind too. Winds from the east or south will be especially cold for a time.

Cheers and all the best
WW

so will it be snowing here in christchurch like settled??? like it said on your weather forcast for tomorrow and thursday that we will get snow here in the city?????

We said Christchurch had some chance of snow, but it still remains low for the city itself. The chance for snow is mainly on the Port Hills and above 100 or 200 metres. Just looks 1 or 2 degrees too warm to lift the chances of snow higher in the city itself.

Hi, can you tell me please what the likelihood is of snow settling in Methven? And if it is likely, how many cm?

Yes it looks like a decent chance of snow (not sure about amounts but maybe 3 to 7cms – hard to work out as, like rain showers, some heavy ones hit some people, others get drizzle or dry). There have been snow showers at Mount Somers so it’s in your area, but patchy – perhaps a more likely chance on Wednesday.