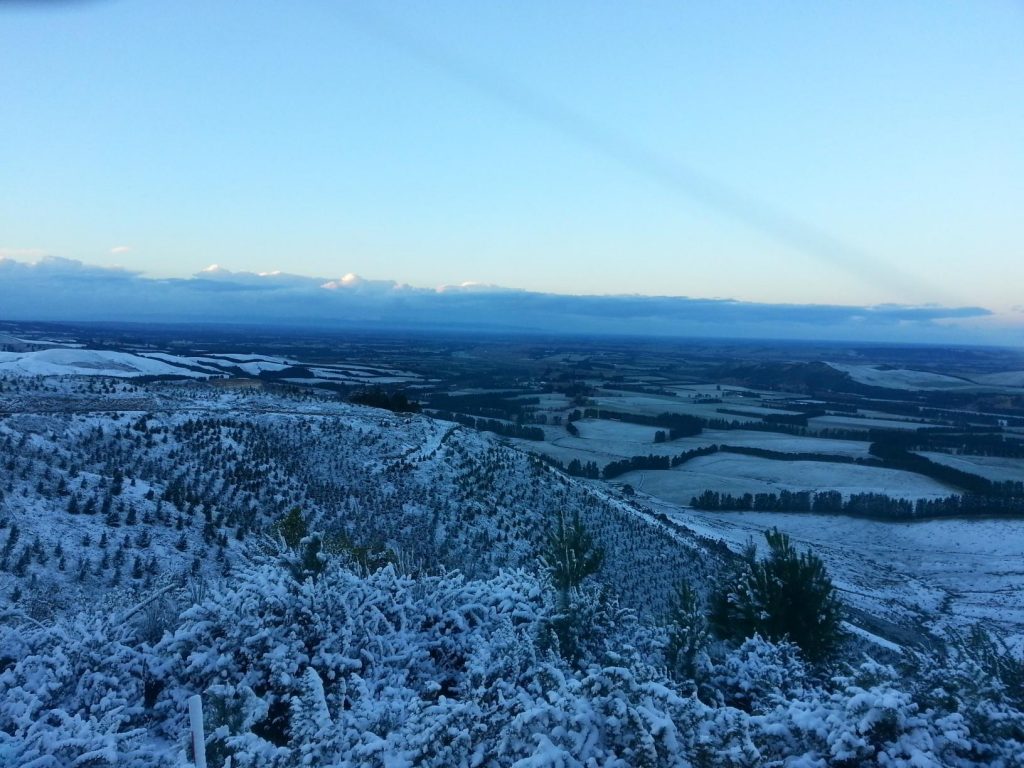 Wednesday sees an easing of the wintry conditions that much of the country has experienced over the last 24-48 hours however Wellington and coastal eastern parts of the North Island might take part of the day before getting rid of the wet southerly.

The southerly outbreak started to lose its grip for parts of the country overnight however the wind is still noticeable and showers are still over dotted over isolated areas.

Much of the South Island is in the clear with just the Port Hills, Banks Peninsula and parts of coastal Southland seeing the last of the remaining showers.

Temperatures are single figures everywhere once more this morning but perhaps surprisingly it’s only Blenheim where it’s dipped below the freezing mark.

The wind though in some exposed areas is still making it feel very cold but during today a gradual easing is expected if it hasn’t done so already.

Temperatures rose a degree or two last night in the southerly airflow and although Christchurch saw numerous sleet and hail showers with the odd snow flurry thrown in it wasn’t quite cold enough for snow to form on a widespread level.Some parts of the city are white this morning after a mix of wintry falls.
Wellington also saw the thermometer climb a little but still very chilly in the strong southerly with showers falling this morning.
Aucklanders saw hail and reports of sleet were coming in from western parts on an icy wind last evening but conditions have eased this morning although it’s still cold.
The city yesterday afternoon saw temperatures between 7-9 degrees in amongst some hail and thunder which was one of the coldest afternoons ever during the month of May.

“That was a short and sharp taste of winter but temperatures will slowly be on the rise today” says weather analyst Richard Green.”Some snowfall totals in the south were impressive and eastern regions might have only got a small taster but for some people that was enough”.

Frosts are expected under clear skies tonight in sheltered areas for much of the country however winds might start to rise again over the far south stopping them from forming in many cases.