The sun is shining again – Your Main Centre outlook on Monday 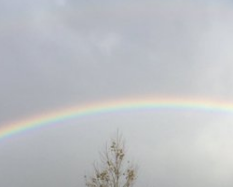 After the spectacular weather of last week, we’re kicking a new week off with some more settled conditions fot the most part – though a cold southwesterly airflow lies over New Zealand, meaning temperatures look low in some places.

A mix of sun, cloud and some showers through the day – along with a high in the late teens and westerly winds – a mixed bag, but a fairly pleasant kind of a day.

@WeatherWatchNZ very hard rain in Petone at the moment!! We had such a nice sunny day too!!!! pic.twitter.com/LHYJm9x7pC

Sun and southerlies in the capital, with showers and rain moving in overnight – and temperatures in the low teens.

Similar story in Christchurch – a mix of sun, cloud and some late wet weather, as temperatures hover just below the teens and cool winds keep conditions chilly!