The rough stuff – Your Weather Highlights for the next 3 days 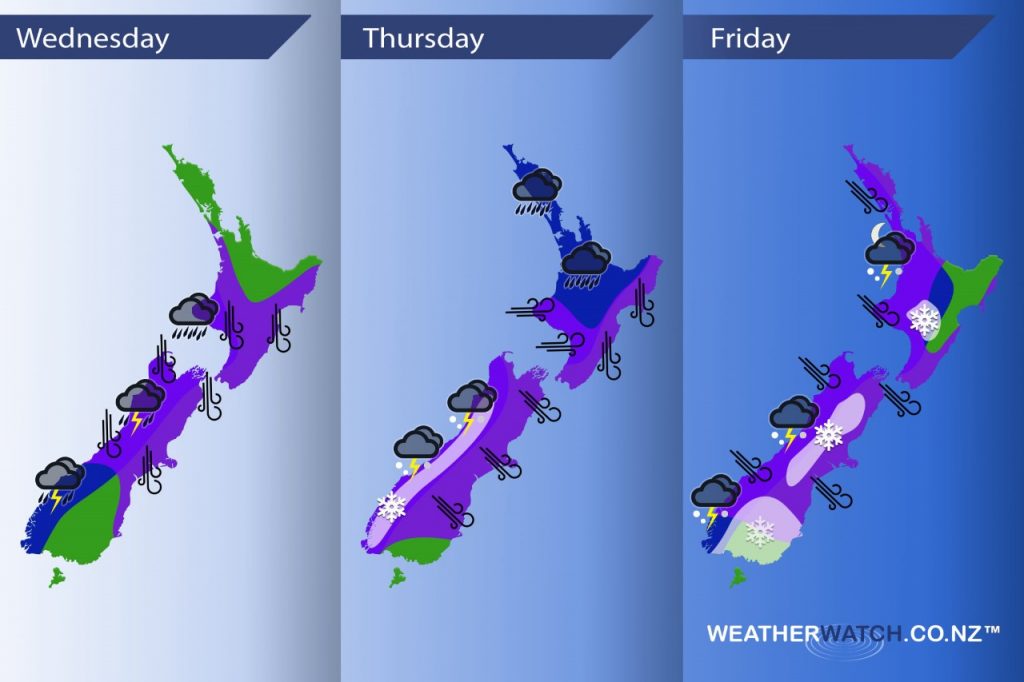 The midweek is looking rough in some parts of the country, and while everyone will get a taste of the lower temperatures, the worst of the weather looks confined to a few key areas through the next 3 days.

Heavy rain moves onto the West Coast of the South Island during the day, then eases overnight as a front moves northwards.
For Taranaki and a small slither of the western North Island, you’ll note on the graphic provided that rain becomes heavy there overnight.
Northerly winds during the day are likely to be strong for the upper South Island and through Cook Strait, and then western parts of the North Island overnight experience strong winds also from the north.

A burst of heavy rain is possible about the upper North Island in the morning, before easing to showers by afternoon as northwest winds change southwest.
Northerly winds blow strongly about the East Coast of the North Island first thing in the morning, before then easing away, while strong westerly winds about the western North Island during the day Taranaki southwards, winds gusting to gale at times.
Overnight, we see heavy rain return to the West Coast of the South Island and northwesterly winds become strong for much of the South Island – although Fiordland, Otago and Southland’s winds may not be as bad.
Northwesterly winds overnight for Canterbury and Marlborough in the east could be particularly strong from the northwest too.
Snow flurries are likely about the Fiordland Mountains and down into South Westland, lowering as far as 300m by afternoon for a time, before lifting up over 800m at night.
North Westland mountains sees snow flurries lower to 500m for a time in Thursday afternoon before lifting over 800m at night too.

Rain for the West Coast of the South Island is likely to be heavy with possible thunderstorms, though these ease from afternoon.
Rain that moves into Canterbury during the afternoon may be heavy for a time (mainly inland), before easing by evening as well.
Snow flurries could reach down to around 500m for a time about Southland & Otago, then clear up before midday.
In the evening though, showers return, with snow flurries right down to 600m for a time.
Canterbury should see some snow down to 500m, with any rain clearing in the evening.
Snow is likely about the Central Plateau in the evening & overnight down to 700m.
Any thunderstorms on Friday will carry with them a risk of hail – anywhere in New Zealand. 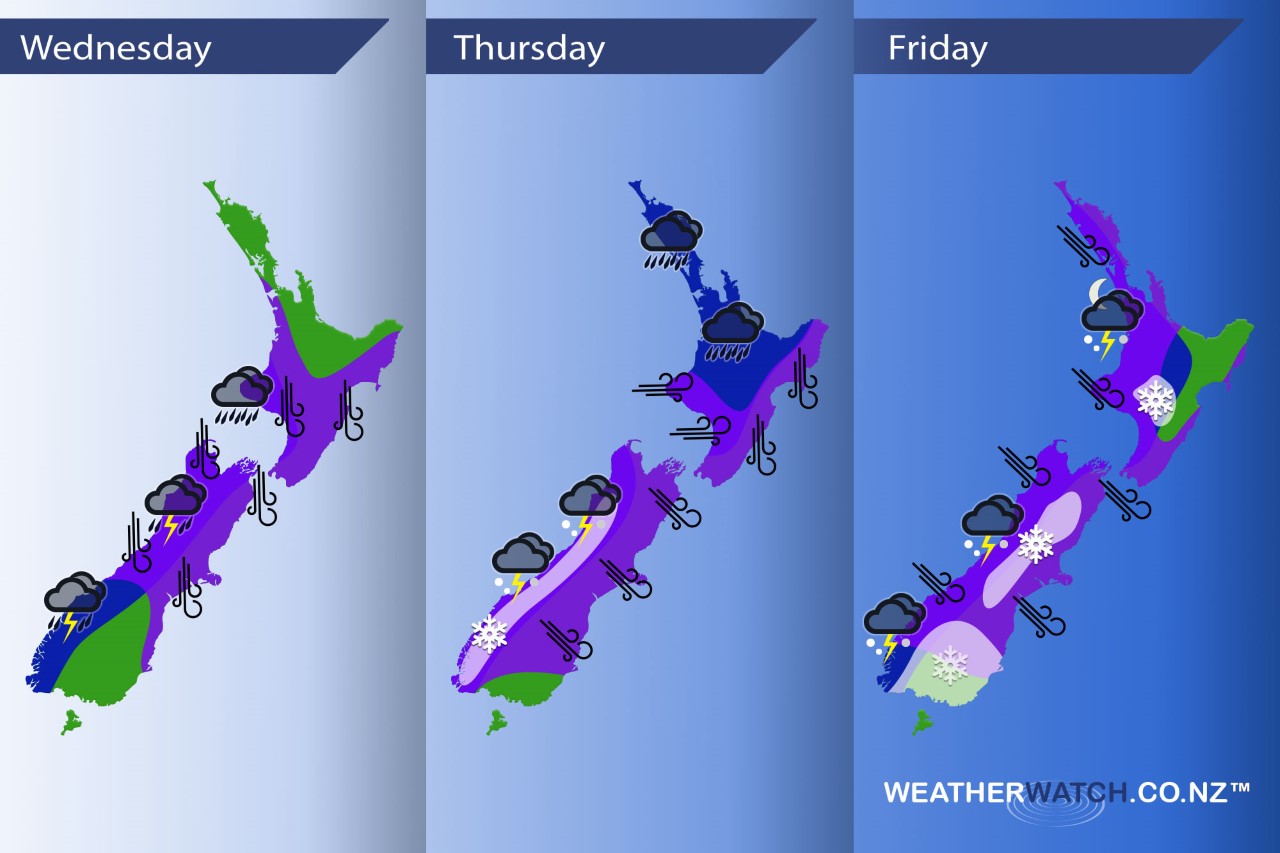