The Big Picture on Sunday 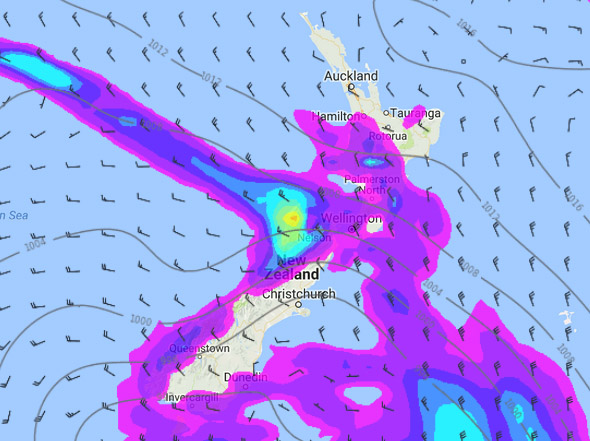 A mostly cloudy day for the upper North Island on Sunday, there may be a shower or two Auckland southwards (especially in the afternoon) otherwise fairly dry. Winds from the northwest.

Cloudy for the lower North Island in the west, patchy showers for most then some rain moves into Kapiti late afternoon before slowly moving northwards. Breezy northwesterlies, strong about Kapiti. Plenty of high cloud out east with rain spreading into the Wairarapa at times from the west, perhaps even Hawkes Bay now and then. Winds breezy from the northwest, high cloud breaks away late afternoon or evening.

The West Coast of the South Island sees rain with heavy falls easing to showers during the morning, brisk northwesterlies ease after midday. Spots of rain about Canterbury clear in the morning then breaking to sun in the afternoon, Marlborough sees rain at times clearing afternoon then cloud breaking in the evening. Winds brisk to strong from the northwest then easing later in the afternoon.

A few early morning showers for Central Otago clear then sunny breaks develop, the odd shower hangs about coastal Southland and coastal Otago for much of the day. Winds from the west or northwest then changing southerly later in the evening.