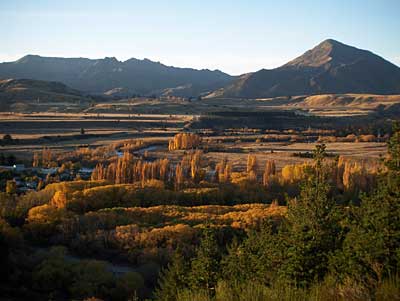 Auckland leads the pack this morning with 19 degrees although it’s not expected to get a lot warmer with the early twenties likely.

A string of high teens are being recorded across the upper North Island and from New Plymouth across to Napier and then south to Wellington the mid teens are a popular figure.

Across the Strait and a few degrees have been shaved off compared to the northern temperatures with only Blenheim in the low teens otherwise it’s barely double digits for most areas of the Mainland.

Invercargill is considerably the coolest with five degrees but should eventually rise to about 14 or 15 degrees.

For the south, Nelson and parts of the West Coast should fare the warmest, getting close to the 20 degrees  and for North Islanders the north and east should see the day top out in the low twenties.

Tonight, central areas of the north should dip to single figures with centres such as Hamilton, Rotorua and Taupo down to about eight degrees and Masterton getting close to five degrees.
Invercargill and Queenstown are looking also near the five degree mark tonight and mildest areas should be the north and west with Nelson probably not dropping below the early teens.

Winds this morning are light to moderate at best over the south but central areas of the North Island are experiencing breezier sou’ west conditions.