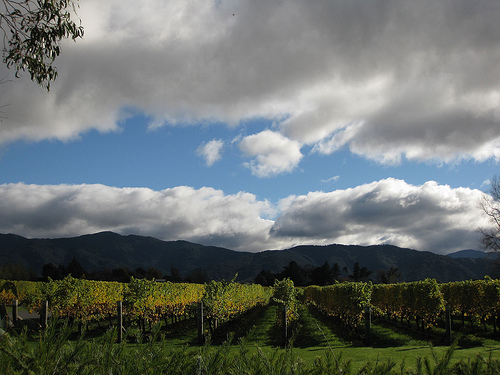 Alexandra in Central Otago took the top temperature today with an impressive 30 degrees and the next centre was Christchurch with a very warm 26.

Elsewhere temperatures weren’t quite so hot with cloud covering much of the North Island although lower parts and eastern areas of the island still managed to climb into the low to mid 20s.

Rain fell across many northern and western districts of the North Island with a decent dollop for quite a few dry areas. November was particularly dry for the upper north and we will have more figures on this tomorrow morning.

The south was mostly dry and warm in inland areas and parts of the eastern coastline but Nelson and Marlborough saw some falls from time to time.

Tonight appears to be a mild to warm night for two thirds of the country and last night temperatures failed to fall below the 20 degree mark over parts of the Canterbury Plains, including Christchurch.

A weaker southerly has cooled temperatures off in the south a little and tonight should be more bearable.

Overall and the south and east of the South Island seems to be cooler this week compared to the last few days but by next weekend temperatures should begin to lift once more.

Might of got to 26C, 25C here,this morning, but the nuisance SW wind that developed after noon because of the low forming off BP, sort of ruined the day, but it kept the rain from the north away.

Over 110ml in Keirkeri since 11.00am this morning but no rain warning from Met Sevice.

We needed it but would have been nice to be warned.

Still pouring now and rain gauge nearly to the top.

The rain was a absolute blessing for the Dargaville region, the rain was much needed for the water tank, not to mention (and I say this for the farmers) for the grass on the farm as well as the crops too. Keep on coming rain. 🙂 can’t get enough.