Temps may reach 20 degs for some next few days, cooler mid-next week 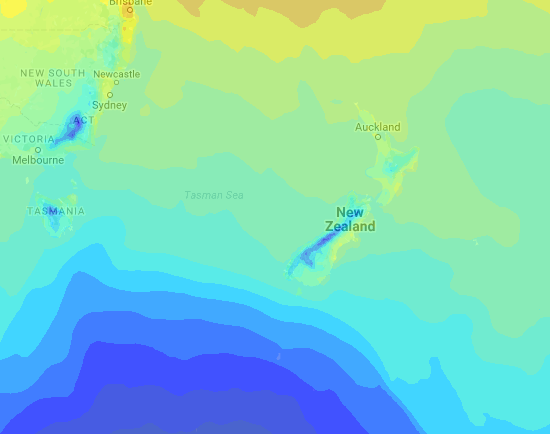 Warm air from the sub-tropics and from the Australian interior will merge over New Zealand this weekend and early next week bringing a northerly quarter airflow and bumping up daytime highs.

Saturday will still kick off frosty or cold in many places before these winds truly kick in later on Saturday and then over Sunday, Monday and Tuesday.

Southland, Otago and Canterbury will notice the warmth the most after some pretty cold days and a number of heavy frosts lately. This incoming change will be welcome by many we’re sure. Double digit highs in the mid teens are possible as this warm air flow kicks in. Sunday, Monday and Tuesday look to be warmest with highs in the South Island possibly reaching 17 or 18 degrees for some, like in Canterbury.

By Wednesday a cooler change arrives in the South and, at this stage, back to single digit highs for at least Southland and Otago for a time.

The North Island looks even warmer in the coming days with eastern areas like Hawke’s Bay and Gisborne aiming for as much as 20 degrees in some pockets. Even if not at 20 most eastern and northern areas may still reach the mid to late teens. It’s possible Northland may even reach the low 20s for a time.

Typically the first two weeks of August are the coldest of the year – that doesn’t appear to be the case for 2017 although polar southerlies can occur with little warning, so we’re not being complacent.

The warmer weather has confused some plants. Pollen is already falling, flowers are blooming – and some have even reported plants bloomed with spring flowers in mid-winter only to lose their bloom again recently.

The cooler change coming next week may bring some snow back in to the South Island with single digit daytime highs, nd will reach the North Island end of next week dropping daytime highs in warmer northern areas back into the low teens for a time.

– Next Tuesday afternoon temperature map shows NZ is mild, but the blue to the south west indicates the colder change coming for Weds – Fri / Weathermap