Home > News > Tasmanian low could be a real devil for ...

Tasmanian low could be a real devil for New Zealand 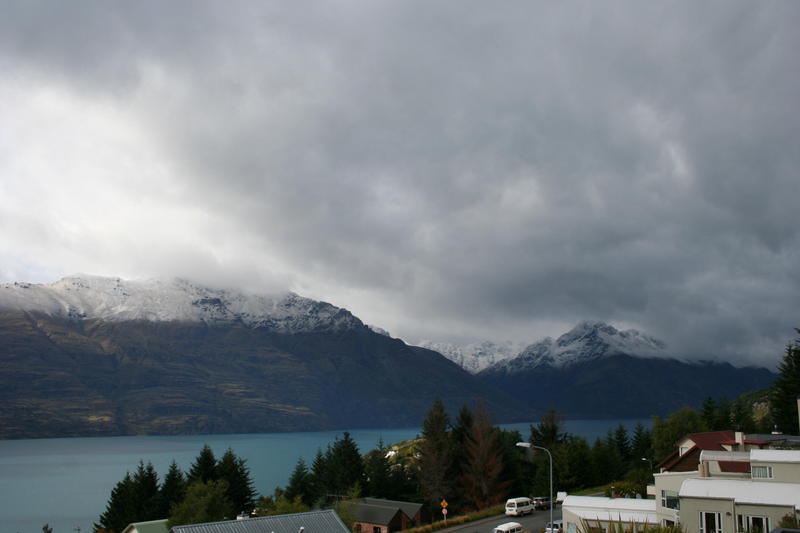 A low that is expected to develop over Tasmania later this week will be our next big rainmaker.

That may sound downright evil to folks like me on the North Island.

However, it’s likely to be viewed as miracle by folks in the deep south.

The low is expected to trek across the Tasman Sea on Wednesday.  Rain and a few showers should develop across much of the South Island during the afternoon on Wednesday.  The coverage of this stuff is not likely to be real great, so not everyone will get wet.

That should change on Thursday.

Heavy rain is expected to spread across Southland and Otago during the afternoon on Thursday.  As the low starts to push on shore over Fiordland National Park late Thursday night, heaviest rain should begin to move north and cover most of the South Island.

By Saturday, the low should move out over the Pacific and the rain will come to an end across the South Island with the exception of a few hit and miss showers.

A weak front left in the wake of that low may spread some rain across the deep south late Saturday into Sunday, but chances are pretty small.

As far as the North Island goes, rain will likely spread over the island late Thursday into the pre-dawn hours of Friday.  This should turn into some scattered activity during the day on Friday.

Saturday and most of Sunday are looking pretty good right now for us soggy North Islanders.

Hi there – keep up the great work 🙂 I have a friends 40th birthday at Whiritoa on the Coromandel this coming Friday afternoon….are you able to shed any light on what the day may offer weather wise?

Doesn’t look flash to begin with but we’re hoping conditions will clear into the afternoon,. The weather pattern we have over the country at the moment is about as difficult as it gets for accurate forecasting, but the prediction for Friday is a front passing over in the morning with a westerly change – that tends to favour good weather for Whiritoa.

Fingers crossed, but I’ve been watching the maps on Metvuw and there have been plenty of times it’s showed rain over the south for the last month and there has been zilch. I’m beginning to think Metservice’s long range regional forecasts are permanently stuck on rain!

i don’t think i have ever seen metservice or any forecast particularly accurate. I check out metvuw on a regular basis and it changes daily. Water is of particular concern to us and the promise of rain often turns to nothing as the days draw nearer with the forecast continually revised. Metservice changes theirs after someone looks out the window I think.

Hi there – yes 10 day forecasts can be a bit of joke when it goes from rain to sun back to rain back to sun and usually finishes up with Showers which don’t even eventuate!  It’s for this very reason that WeatherWatch.co.nz stopped doing 10 day forecasts in 2008 and opted for more detailed, more accurate 6 day forecasts.  We leave our long range predictions for our daily news stories, which do a far better job of explaining things than a forecast that chops and changes with each update.

While we can generally see 10 to 14 days out it’s hard to narrow it down to actual forecasts for where you live – just generalised predictions, which are also very helpful for many people – especially farmers.  But we aren’t going to bother with 10 day forecasts until we can at least get 5 days bang on.