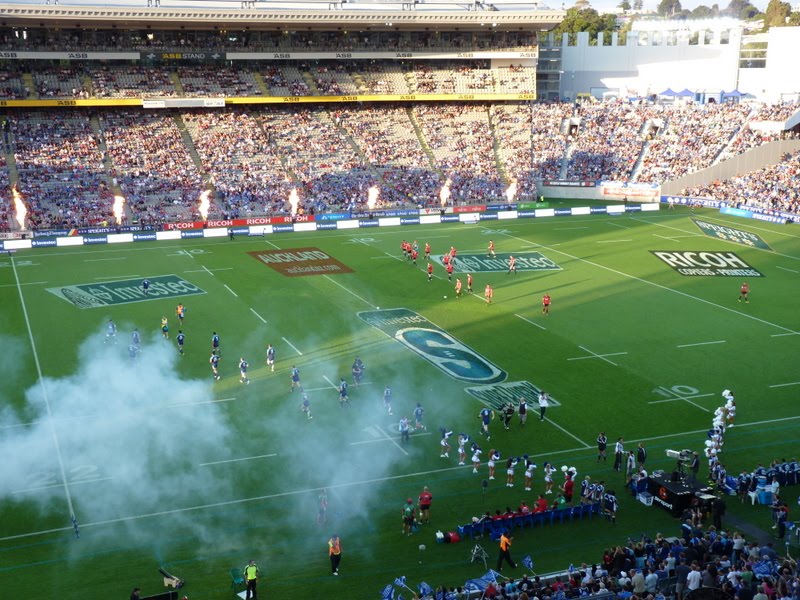 The first game of round eight of the Super 15 is set to go tonight at Eden Park, Auckland between the Highlanders and the Blues.

The Blues started the season well but have fallen away in recent times whereas the Highlanders improved last weekend to lose by just a point but have yet to register a win this season.
Both teams are looking to turn their form around.
Tonight looks dry and coolish with temperatures near 18 degrees at kick off time. A southerly breeze should gradually fade away and some dew is possible later in the game.

Clear skies to set to greet the Crusaders tomorrow morning (NZT) for their clash against the Sharks in Durban.
This is the second away game for the Crusaders and they’ll be looking for the second win in South Africa after beating the Stormers last weekend even without the services of some of their top players due to injury.
SKies will be mostly clear and conditions should be warm with the ground very hard for the palyers.

Saturday night sees the the Hurricanes host the Waratahs at the Caketin. The Hurricanes are currently sitting in the middle of the points table.
Conditions should favour the home side as a southerly will be in force but dying away and conditions very cool. Skies overhead should be mostly dry after showers have fallen earlier in the day.

The Chiefs who currently lead the New Zealand conference have a bye this weekend.