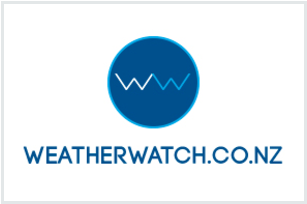 Australia’s windier weather is moving in to and up New Zealand. Today sub-tropical northerlies spread over the North Island while rain on the West Coast spills over into other South Island areas and the lower western side of the North Island.

Warm weather kicks into eastern areas later – and Monday looks even warmer with the 20 degree mark expected to be broken in places in the north or east, like Hawke’s Bay!

Upper North Island:
Subtropical northerlies developing. A mix of sun and cloud with the chance of an isolated shower in the west near the Tasman Sea.
Highs: 13 to 18

Lower North Island:
Subtropical north to north west winds picking up, especially around Cook Strait area. Rain developing around Mt Taranaki and this area of rain may grow and push further inland later – otherwise showers possible in the west and dry and warm in the east.
Highs: 13 to 17

Upper South Island:
Rain on the West Coast and some around Nelson in the morning slowly easing, dry or mainly dry elsewhere but a few spits possible into Canterbury and some rain in the mountains. Mild northerly quarter winds gusty in some exposed areas.
Highs: 13 or 14

Lower South Island:
Rain on the West Coast and some patches/spits around western Southland/western Otago. Dry or mainly dry in the east. Mild northerly quarter winds, gusty in some exposed areas.
Highs: 8 to 13