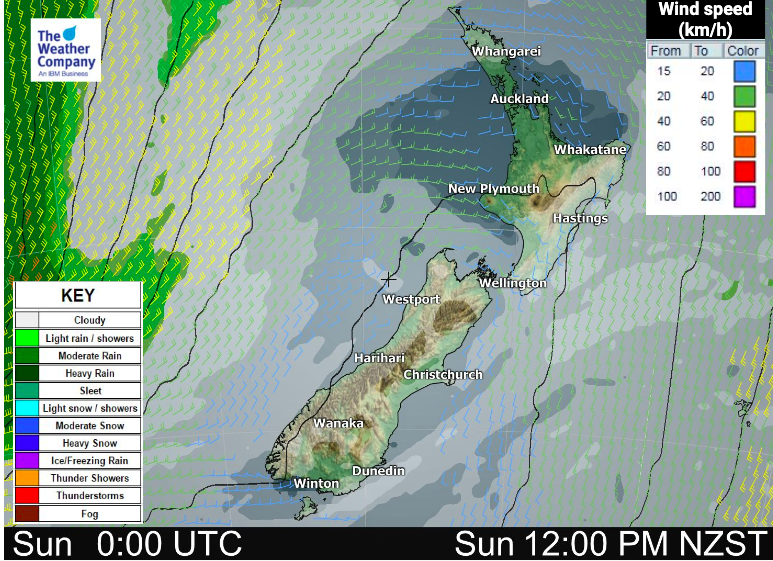 A large high pressure zone is moving up the eastern side of New Zealand bringing a cold start with frosts inland through both islands, potentially as far north as Auckland this morning. Winter is back (but only briefly as sub-tropical winds come in for the week ahead!).

It’s a dry day for NZ, just the chance of an isolated shower in the east of the North Island, for example Mahia Peninsula. The eastern North Island leans colder than average today, while the West Coast of the South Island learns warmer than *average.

*Average indicating what has historically been recorded on this day.