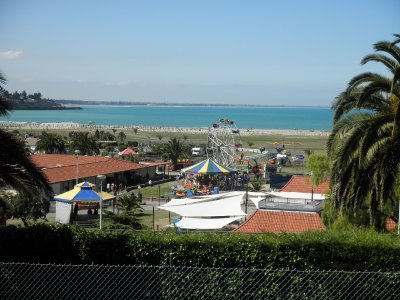 We’re still seeing the consequences of a hot, dry summer during the early part of March with drought zones being declared but how was the season as a whole?

Sunshine and dry conditions with warm temperatures seemed to be a big feature but in reality was that the case?
We take a look…

It was an extremely dry summer for much of the North Island.
Many North Island regions recorded rainfall totals around half of summer normal. However, parts of Northland and north Auckland, the Bay of Plenty (including Taupo), and areas of the Hawkes Bay and Wairarapa only received around one third (33%) of normal summer rainfall.
It was a record-dry summer for Whakatane, Taupo, Motu (Gisborne ranges), Masterton, and Waione (Tararua District). Other relatively dry regions included Canterbury and Westland, with below normal summer rainfall (between 50 and 70 percent of summer normal).

In contrast, South Taranaki through to Wellington experienced closer to normal summer rainfall, as did much of Otago, Southland and Fiordland. Marlborough and the Kaikoura Coast, as well the alpine area around Mt. Cook, experienced a wetter than usual summer.

It was an extremely sunny summer for much of the country (south of Hamilton), with numerous summer sunshine records broken. It was the sunniest summer on record for Te Kuiti, Turangi, New Plymouth, Dannevirke, Martinborough, Hokitika, Greymouth, Mt Cook, Cheviot, Ashburton, Lake Tekapo, Cromwell, and Balclutha.

• The highest summer temperature was 35.1°C, recorded three times during summer: at Clyde on 5 January, and at Gisborne on both 9 and 10 January.
• The lowest temperature was -1.7°C, recorded at Motu on 1 December.
• The highest 1-day rainfall experienced was 346 mm, observed at Mount Cook on 9 January
• The highest gust recorded was 206 km/hr at Cape Turnagain, on 2 December.
• Of the six main centres in summer 2012/13, Auckland and Tauranga tied for the warmest, Tauranga was the sunniest, Christchurch was the driest, Wellington was the wettest, and Dunedin the coolest.

Just wondering how the dry conditions will effect our power supply. Nobody is saying anything.about the lake levels?

Dams we’re hearing are doing ok after a big top up in the south early January however the West Coast is now very dry and each day without any rain is a concern.