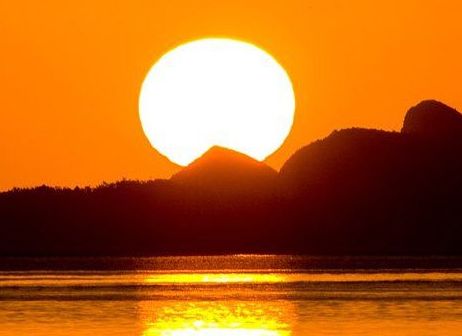 Get ready to crank up the barbecue, grab the sunscreen and hit the beaches, with summer shaping up to be hotter than last year.

A warmer and drier end of spring and start of summer was expected for most of the country due to the La Nina weather system, according to Niwa’s seasonal climate outlook.

From now until December, temperatures were likely to be average or above average in the North Island and north of the South Island.

By December, Aucklanders could expect days in the mid 20s and above – one to two degrees warmer than usual.

Wellington and Christchurch were likely to have days in the low 20s, and in Dunedin the temperatures could be in the high teens.

“The chances are that it will be at least that warm and possibly warmer,” said Niwa principal climate scientist Dr James Renwick.

The La Nina weather system was developing in the tropical Pacific and expected to continue over the summer season, according to Niwa.

With a hot summer on the cards, Surf Life Saving New Zealand expected volunteers to be working more hours as people flocked to the beaches, said spokesman Brett Sullivan.

Last year lifeguards worked more than 200,000 volunteer hours on beaches – more than ever before, said Sullivan.

But the warm weather wasn’t good news for farmers.

The weather system meant “chances are it will get a little bit drier as well”, said Renwick

It appears as each la nina (and el nino) have different effects from the previous,ie the last la nina was nothing like the 1988-89 one ie the southern NI was far sunnier and less windy than last summer and the 96-97 one was something inbetween the forementioned 2.

I agree with the comments made about some misleading the claims made by APNZ in the story above. Nowhere in NIWA’s October to December Outlook does NIWA suggest that NZ’s next summer is set to be a ‘scorcher’, nor that this ‘summer is shaping up to be hotter than last year’.

What NIWA does actually say is that, ‘temperatures for October-December are likely to be average or above average in the North Island and northern South Island, and near average in the rest of the South Island’ and that, ‘at this early stage, we cannot be confident about the intensity of the event’.

If La Nina conditions do indeed ‘build through spring and continue over the summer season’ as expected, current indicators are that it will be weaker than last summer’s exceptionally strong event.

Being from Christchurch, I don’t call the forecast low 20s anywhere near a ‘scorcher’.  Perhaps for Auckland, but not here.  We get low 20s at the end of August and in September when the spring NWs come through.    If Christchurch doesn’t have temps into high 20s or 30s by the new year, that would be considered a poor start to summer.  The term ‘scorcher’ should be reserved for temps into the high 30s.  ‘Warm’ is 25-30.  ‘Hot’ is up to mid 30s.

One week isn’t a reflection of an entire season, but you are correct.  Not so many warm NW this spring.  My point is low 20s occur in Christchurch from late August / early September.  So I would expect a lot more than that in December if it is going to be a ‘hot’ summer.  No exaggerating.  That’s just the way it usually is.

Is there any reasons why the north of NZ consistently is forecasted to have warmer than normal summers while the south island, particularly the east and south never really gets consistent above average temperatures during this season? Even during the last el nino the east coast of the South Island had a dismal summer.

“Consistent” extra warmth – if you mean above average temperatures in all 3 months – is not all that common in either island. There has probably been some bias in the last decade towards relative coolness (to averages) in the east of the South Island when compared with other areas, but I don’t have any summary data for that.