Summer- Could the season be later? 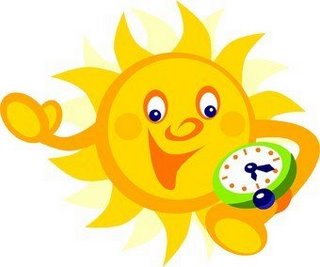 There’s be a bit of talk amongst weather enthusiasts in recent years about summer and its timing and we’re wondering here at WeatherWatch.co.nz if you think the season should be revised and introduced somewhat later than the traditional months of December, January and February?.

Much of the nation again this year experienced a changeable month in December with coolish berezes occasionally and obviously the big deluge that struck the Nelson region, however a rain event can strike anywhere at anytime of year. More recently though it seems that Spring can cling onto the last month of the year and is been more reminiscent of that changeable season.

At the other end of the summer, February is our hottest month of the year however March even with its shorter daylight hours can rival January as the second warmest month.

Does January, February and March make more sense to be recognised as our summer months in New Zealand?.

Aucklanders can see humidity hanging around well into March and overnight temperatures can be similar if not a little higher than night-time lows during December.

Canterbury can also see daytime highs fairly close to December maximums however the nights are a little cooler during March with dews becoming more noticeable.

Other areas of the country, especially in central and northern regions seem to enjoy a more settled pattern during the official first month of autumn however a move for summer to the first 3 months of the year would see the Xmas break during the end of Spring but at the end of the day does it really impact on the festive season?.
Obviously it would also alter the other seasons or could summer be over a four month period and winter be reduced. There could be plenty of options overall.

We’d like your thoughts on the subject and would a change be a good move or is it best to leave it as it is?.

For god sake I just want a friggen Summer. In this country most of the year is blingen rainy n cold. No wonder why Australia is becoming more and more a better option to live. Soooo annoying

Definately summer does not kick in till Jan and feb , march and even April are the best months for settled and warm weather in NZ. I have said it before and say it again , the summer solstice , Dec 22 is a more accurate start to summer in NZ.

February is not NZ’s hottest month – it is roughly hottest equal. Lower latency means that for a significant portion of the South Island, especially inland, January is warmer. February is warmest in more northerly and westerly locations. For the country as a whole, March and December average about the same amount of rainfall, though December would be somewhat windier. For sunshine, January and February are well clear of the other months in terms of % of possible received, with November, December, March and April (all roughly equivalent) following them.

Yippee! Summer has arrived this week in Waipukurau. 30c today, 29c yesterday, 27c Tuesday, 26c Monday and only slight rain one evening. Four months of summer, sounds great to me. We dont celebrate “the festive” season so it does not impact us. As long as summer shows up sometime in the year its perfect, the sighing stops, and the cicadas sing.

It is certain that the three best months of the year in NZ are Jan, Feb and March. The seasons are wrong and should be corrected. This also applies to sports programmes. Ask any cricketer when is it best to play cricket and they will tell you April is better than November and likewise March better than December. Secondly football is best played from May to September not pre season training in January / February when the ground is rock hard and injuries all too easy to pick up. The grounds do not need a break after cricket for football only a week turn around to re mark pitches and set up. The month of October should be the spare month for fields to recover and whilst grass is growing at a steady rate. When will the councils listen to the weather and the change in our seasons? Lets hope the end of Jan, Feb and March provide us with that summer feeling.

Very much depends where you live. You are generalising the whole country as one. This simply cannot be done. Maybe at your place it would work for you, but that would not be the case across the country.

why change. December is tradition why break it. I have known Decembers to be quite hot.. and this year, I sure dont have anything to complaint about our summer so far.. sure we endure a wee bit rain and the odd tropical storm, be grateful you don’t live in the island. The north island of NZ has always been sub-tropical depends where you live..

Golly, just because of the change in weather patterns now and then.. why change summer..?

For the last two years have noticed TV ONE weather highs for Wanganui, Palmerston North have on more occasions beaten Blenheim, and kaikoura in highs. Feilding, Sanson, weather is so much different to Pnth its always 2 or 3 deg higher. And while its pouring with rain over there, does mean its rain in Sanson, Ohakea or Feilding.

I agree about leaving the season where it is. Your claims about temperature maxima in Feilding and Sanson or Ohakea are NOT borne out by available data means from stations with calculated normals: The latest 30-year means for a few stations for average daily maxima for Jan & Feb are listed here:

No data for Feilding. Where the 3 other locations have it over PN is simply sunshine duration, as they are 250-300 hours per annum better off than PN.

It is characteristic of people in this country to claim that their neck of the woods (if they don’t actually hate the weather) has some extra advanatge over other locations that the records almost always show are unfounded. I have seen posts on this website about Waikanae, for instance, that are completely incompatible with the hyper-exaggerated praise some others give it.

Keep them as they are. Spring weather starts at the end of August and usually blows out in November. Likewise autumn arrives in March as the days shorten and the first real winter storm (snow dump) often occurs in May. Up north the seasons hang around a bit longer from my experience, but that isn’t a good enough reason to change things for the whole country.