Sub-tropical lows on the menu 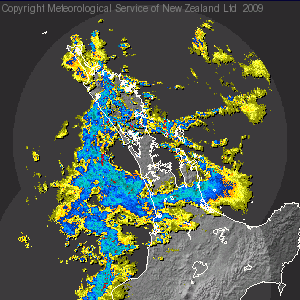 The low that developed 12 days ago in the sub-tropics north west of Northland will today finally depart New Zealand, but it’s not the end of the sub-tropical lows says WeatherWatch.co.nz.

“If this was a menu we just had our first course and the computer models are suggesting at least two more courses are on the way over the next 10 days”.

Mr Duncan says a low will form north west of Northland on Thursday morning and bring some rain to the northern half of the North Island as it scoots by to the north east.

“The low has the potential to become deep quite quickly and produce heavy rain and gales, the question that still remains is just how close it will come to New Zealand”.  Computer models used by WeatherWatch.co.nz show there’s a high chance the sub-tropical low will affect our weather but only a low chance it will be severe.

“Definitely something to keep an eye on over the next 24 to 36 hours” says Duncan.

MetService has a similar view with only “low confidence” at this stage that the low will require warnings but suggests it has the potential to bring heavy rain and severe gales.

Looking forward into next week and instability north of New Zealand could create yet another low and this could bring even more heavy to northern New Zealand.

“As I’ve been saying for a couple of months now, the North Island droughts would slowly be chipped away at by regular wet periods, rather than one big event.  That is definitely looking like the case”.

WeatherWatch.co.nz will have extensive coverage over the coming 10 days as the weather patterns continue to change gear.

This low over the last week was very tame as far as Auckland is concerned,little NE/SW wind gradients (which are our primary wind directions),also rain rather low,hopefully it takes the route over the west and across the south island,means more interesting weather maybe more lightning with WNW and also here,less annoying leaves from the east facing trees currently.