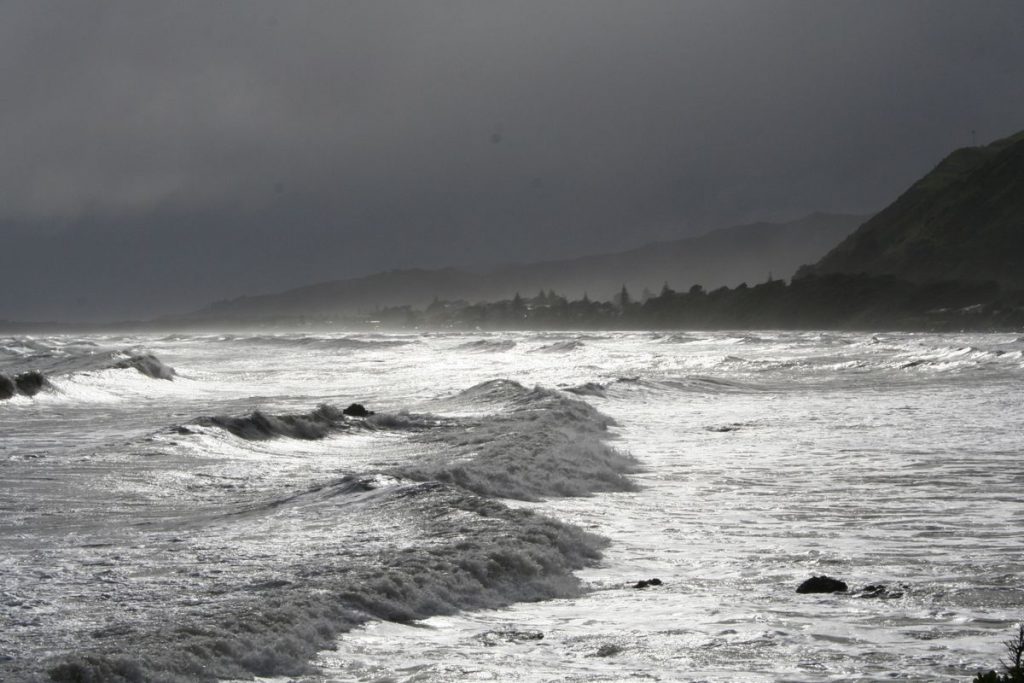 Up to 1000 commuters seeking to get to Wellington from Wairarapa have been left to their own devices this morning as the rail service remains out of action.

A Wairarapa-bound train was derailed as it came out of a tunnel at Maymorn, 40km north of Wellington, around 6.17pm yesterday.

About 300 passengers were shifted to the rear three carriages and taken back to Upper Hutt where buses met them to complete the trip.

“We apologise to our customers, both for a difficult night and in advance for the service disruption that has been forced on us,” passenger general manager Ross Hayward said.

Kiwirail said it was unable to charter enough buses to take up the slack leaving people to make their own way to work today.

“Given the uncertain nature of the weather and the difficulty we would have finding buses to ferry as many as a thousand passengers to Wellington, we made the decision to suspend services and review the situation at noon,” Mr Hayward said.

“We’ve got crews on their way so we’ll have a better idea this morning.

“But just looking at it, the sheer logistics of getting a crane, getting the locomotive re-railed and moved, then the line open again, is something that’s going to take some time.”

Around 5.30pm a tree came down at Pukerua Bay, 35km northeast of Wellington, bringing the slip with it.

The nearest alternate route, Paekakariki Hill road, was also closed about 6.30pm as a large amount of gravel washed onto the road.

The Rimutaka Hill Road was closed from 8pm last night but was reopened in time for the morning rush.

Detours were in place this morning on SH53 between Featherston and Martinborough due to high water at Waihenga Bridge.

In Taranaki a slip has closed SH43 at Tangarakau Gorge, southwest of Taumarunui, with long delays predicted.

Hi there, still gloomy of much of the Manawatu with a few beafy showers – no signs of any patches of blue, although the conditions have somewhat improved, its quite still out there. Birds are back to their usual twitter. (Talk of which Twitter on weather watch?)

Looking forward to the observations coming up Phil as we discussed, long range too please. I hope those observations will also relate to this area – today has been one of those days!

I’ve been a regular visitor to the site and have always enjoyed it. I’ve noticed over recent times though that there aren’t as many stories or updates? Has the economic slowdown hit you as well? Such a shame if it has.

Sorry to moan but am just concerned.

You raise a fair point – and yes we are aware we occasionally have ‘gaps’ on slow news days.  We are moving towards increasing our updates and hope by August 1 to have a system in place to increase our updates with more observations from across the country.

The current economy has somewhat impacted the growth of the site but shouldn’t have a big impact on the quality or coverage of weather news – so give us another week of fine tuning things behind the scenes and we hope you’ll notice an improvement in August – if not, make sure you contact us and let us know!

Of course we’ll always have extensive coverage to rely on when you need it most during big weather events.

Rather Bleak here today, rains & winds lashed the greater Manawatu, Feilding, Gorge and many other local surrounding area’s. Roads conditions were terrible last evening and remained so throughout the night. We all had the right idea to stay indoors and off the roads!

This morning the wind has dropped quite considerably but rain (heavy at times) continues to hamper the area. Rivers are up as with many streams.