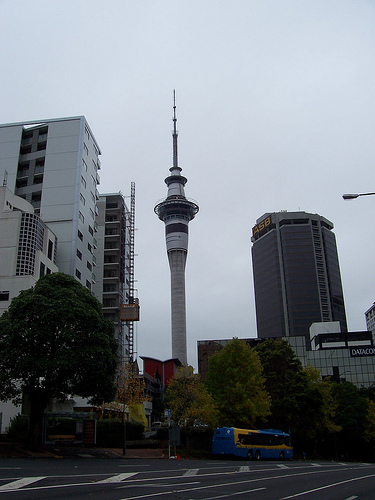 We thought we’d like to share this story with you from the NZHerald in regards to Aucklanders and their current preparation for a disaster if it was to hit the city and surrounds.

After what we’ve witnessed in Christchurch recently it seems any event could strike anywhere at anytime.

Thousands of New Zealanders are more prepared for a natural disaster than they were before the Christchurch earthquakes – but the shockwaves have been barely felt in Auckland.

A survey of 8550 people has found that one out of eight (12 per cent) of Auckland households have all three items required for “basic” disaster preparation – three days’ supply of food and water and a household emergency plan.That was barely changed from 10 per cent in Statistics NZ’s previous survey in 2008-09, and was by far the lowest in the country.

The latest survey, taken between April 2010 and March last year, straddled the first Christchurch earthquake in September 2010 and ended just after the disastrous magnitude 6.3 February quake.

Southerners surveyed in the second half of the survey period after September 2010 were more prepared than the overall averages – 36 per cent in Canterbury and 27 per cent in Wellington.
But the numbers of Aucklanders prepared for a disaster stayed low before and after September.

Auckland civil defence controller Clive Manley said Aucklanders felt safe from earthquakes because the city is 300km away from any highly active faultline and is expected to experience a quake of magnitude 6.5 or above only once every 10,000 years.

He said Auckland was more likely to experience other disasters such as cyclones, volcanic eruptions, tornadoes and tsunamis.
“So the message is just as important for Aucklanders as for anywhere else,” Mr Manley said.”For example, in the Albany tornado last year, there was a mother caught up in it who asked her child’s grandmother to pick up the child from school, but the school told the grandmother, ‘We can’t release the child because you are not a registered caregiver’.

WeatherWatch.co.nz endorses the preparation idea and will soon list what an emergency kit should contain in the event of a natural disaster.

Do we get no respite from these regurgitated public service messages that the media are trying to pass off as journalism.
Stick to the weather forecast please!

That is a dissapointing result really and you would think that a laid back approach to potential disasters would be long gone after Christchurch.Do people think “it’s not going to happen here”
Even Wellingtonians look to be ill prepared too, what will it take to wake people up, a damned good disaster in their neighbourhood?
It will be no good expecting government agencies and rescue services to help in a big way because they will be in the s#%# as well.
It takes very little effort now to have plenty of saved water and food, a full gas bottle, first aid kit etc, and communication with neighbours to get through a disaster, than the uoheaval to be expected when it strikes.
It will happen so be ready.

One only needs to look back to the 1998 Power crisis. Should such an event ever occur again, how many inner city residents are there now that would be displaced ? A major failure of the National Grid that feeds Auckland, Northland could happen in the Waikato, Central Plateau. Aucklanders need to look further afield as to what might disrupt their lifestyle.