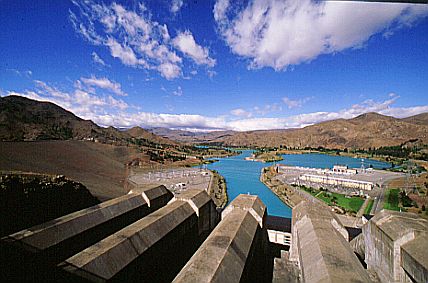 It’s another day of another week in New Zealand where forecasting is generally straightfoward mainly because there aren’t many changes on a day to day basis.

In saying that, isolated showers, with localised downpours are possible over some inland areas and one tricky task is getting the exact location.

Over the last couple of days we’ve seen these situations occur and even to the point where MetService have issued severe thunderstorm warnings late in the afternoon or early evening.
We could see a similar scenario today.

The North Island should see most if not all centres top the twenties with inland areas having the greatest chance of taking out the highest temperatures across the north.Yesterday, Masterton and Kawerau both took out the national high of 28 degrees.

Cooler conditions are likely to prevail over easten parts of the South Island today compared to yesterday but that’s because a front is leaving a pocket of cool air behind it.
There’s only a handful of drizzly showers expected, if much at all, and then clearing skies.

We’re picking the highest temperatures today over the MacKenzie country, Central Otago and the Southern Lakes districts as the basins should heat up quite rapidly under sunny skies.
The thirties are a possibility and tomorrow or moreso on Tuesday, the mid 30s could be under fire for Wanaka, Alexandra, Queenstown, Lake Tekapo, Omarama and Twizel.

Homepage image of the Upper Waitaki dam, near Twizel, where further high temperatures are likely today.