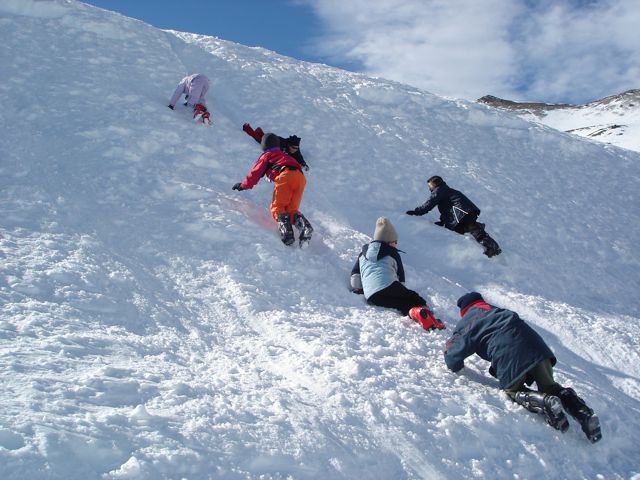 Mainlanders may need to brace themselves this coming week, especially in the far south, as winds are expected to howl and periods of wintry showers may deliver rain, hail, sleet and snow to low levels.

Much of the Marlborough and Canterbury should dodge a bullet as winds will tend colder west or sou’ west but contain little or no moisture. The further south down the island you however the more chance of a wintry outbreak is likely.

Ski operators in the Southern Lakes District might be forgiven for having a smile on their face, as long awaited snow should come and go from late Tuesday for a period of up to 5 or 6 days.” The air looks very cold in southern districts going by the latest computer models by late Tuesday or early Wednesday ” according to Weather Analyst Richard Green.” It seems as if they’ll be periods of showery and snowy activity but also dry periods from time to time, however for southern ski fields it should be pretty much wind blown snow on a few occasions” Mr Green says.

Weatherwatch.co.nz predicts winds will pick up for many regions this week and frosts are unlikely in most cases from Wednesday onwards.

With the arrival of the colder winds in the south midweek, temperatures are likely to be very cold in the strong west to sou’ westers and the windchill factor will make it feel closer to freezing point.
This could be a concern for new born lambs during the first week of July.