Southerlies picking up – #WeatherRisks and your Main Centre outlook on Wednesday 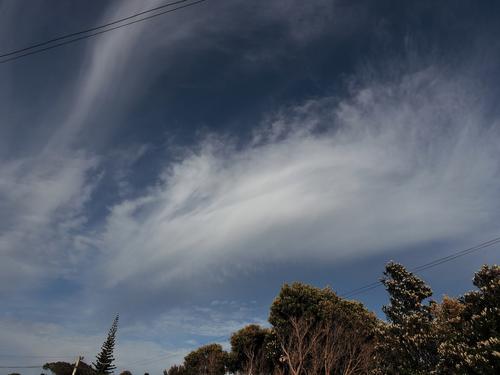 There isn’t too much to get hot and bothered about in Wednesday’s forecast, though there will be some fairly gusty-to-strong winds about in places…

Southerly winds will be strong about Banks Peninsula in the morning, before heading north, blowing through the Wellington coast in the afternoon.
While they aren’t anything these folks haven’t experienced before, they’re set to gust pretty heartily in bursts – so something to keep in mind if you’re on the water or hanging the washing up!

Another warm day for Auckland, after morning cloud breaks to afternoon sunny areas, and a high of around 20C, breezy west to southerwesterly winds also sweep through at times – but nothing serious.

A mostly cloudy day in the capital, with breezy southerly winds, and the chance of a shower in the morning – otherwise dry, with a high around 13C.

Any early showers clear, and while it should remain fairly cloudy, sun is possible in the afternoon, along with southwesterly winds and a high in the early teens.

You mean for todays forecast it’s more of the same for AKL, SW wind with showers, usual spring crap.