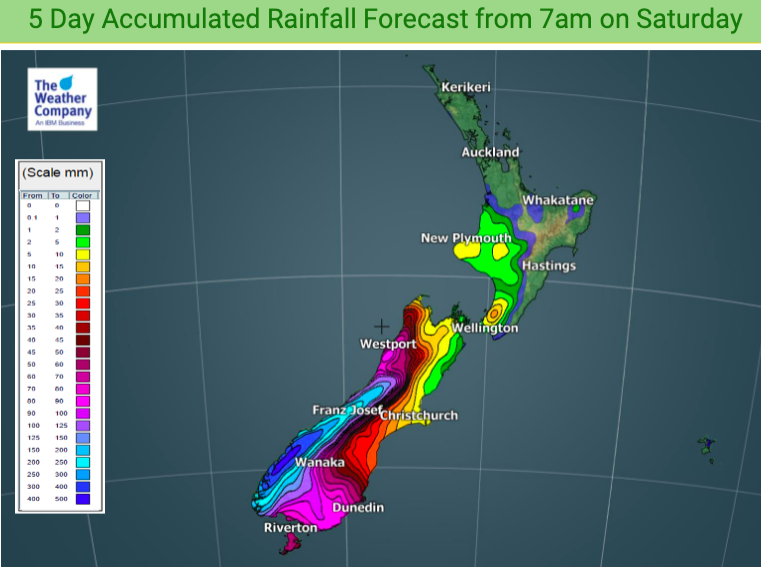 We have a significant rain event for the South Island with 200 to 300mm coming for the West Coast and decent spillover into parched Canterbury which is drier than normal right now.

The rain will spillover across the mountains and into Southland, Otago and Canterbury with rainfall totals highest in the mountains and ranges. Lower down towards sea level and totals of 40 to 60mm are possible in parts of Southland and Otago. 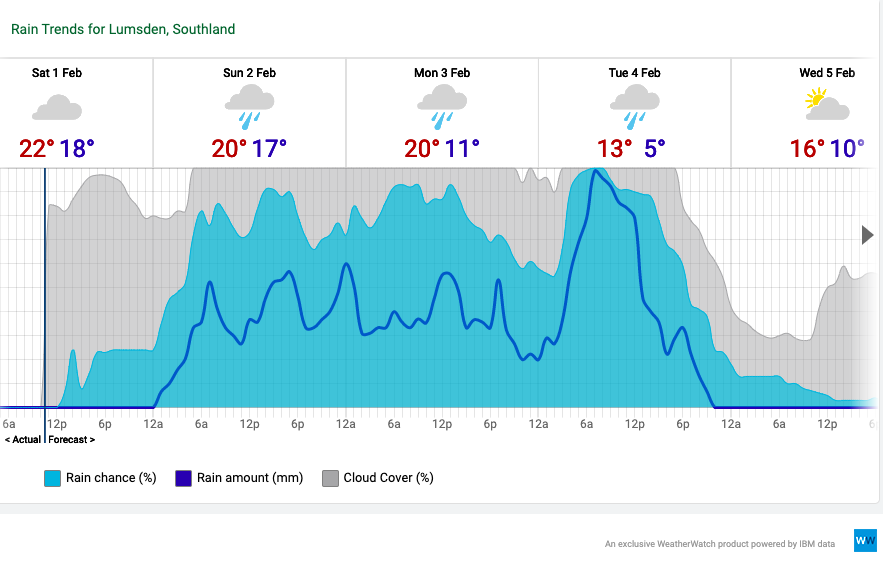 Canterbury gets spillover from the west into Monday then a southerly change on Tuesday brings proper rain relief into the region.  In WeatherWatch.co.nz’s NZ February climate outlook issued on Jan 31 it shows Canterbury getting some rain relief which tips some of the region into average or even wetter than average – all thanks to this one event in the early part of the month.

The rain moves in Sunday PM and eases Tuesday PM on the West Coast with heavy rain likely prompting rain warnings from MetService.

With spillover into Southland, Otago and Canterbury – plus a surge of rain moving into those regions directly on Monday night/Tuesday with a southerly change – there may be some localised flooding or slips. 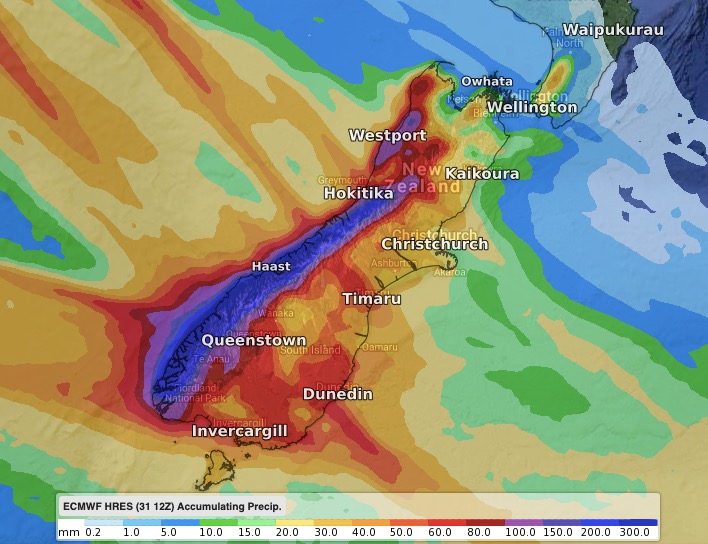 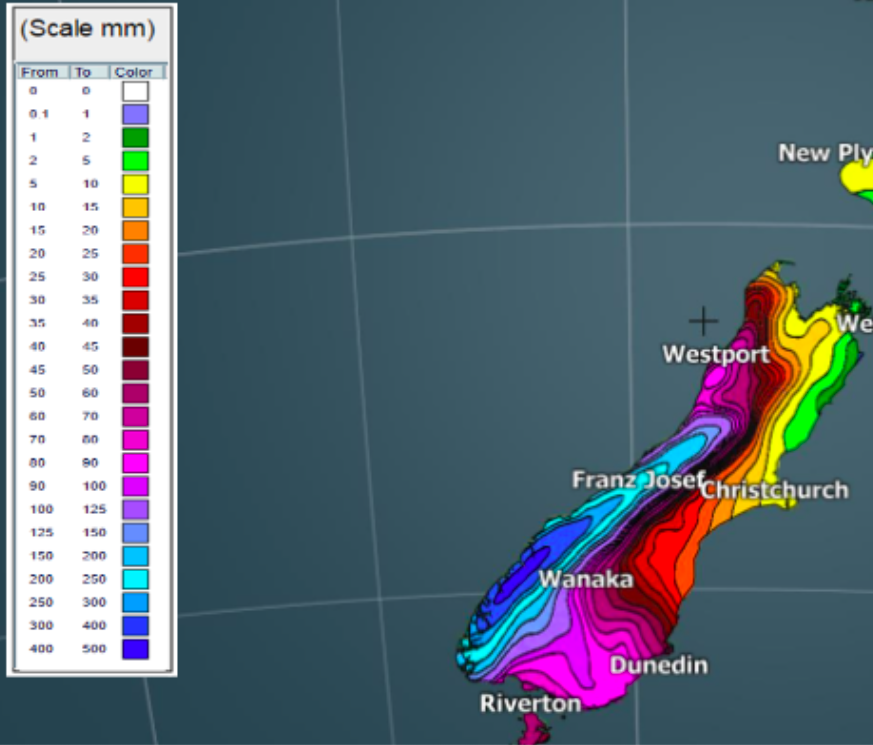