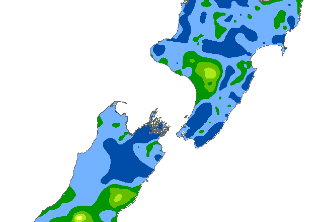 March and April have been exceptionally wet in many parts of the country and the latest public soil moisture deficit maps still reflect just how much rain has fallen.

“We had sub-tropical set ups in March then two ex-cyclones, all have delivered significant amounts of rain to various parts of the country” says WeatherWatch head forecaster Philip Duncan.

“Recent rain makers have come in from the west, north and east making for wetter than average conditions still being felt today” says Duncan.  “There’s one exception, Southland remains drier than average and while a few showers may move in over the next 10 days the bulk of the next burst of rain again looks to be west and north”.

Below – The latest soil moisture deficit map owned by the NZ Government and taxpayers and created by the National Institute of Water and Atmospheric Research – a Crown Research Institute. 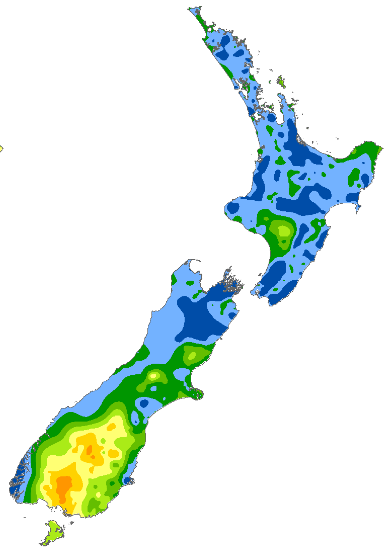