Home > News > Snow dump! Both islands (finally the Nor...

Snow dump! Both islands (finally the North Island too!) getting snow in the days ahead (+4 Maps) 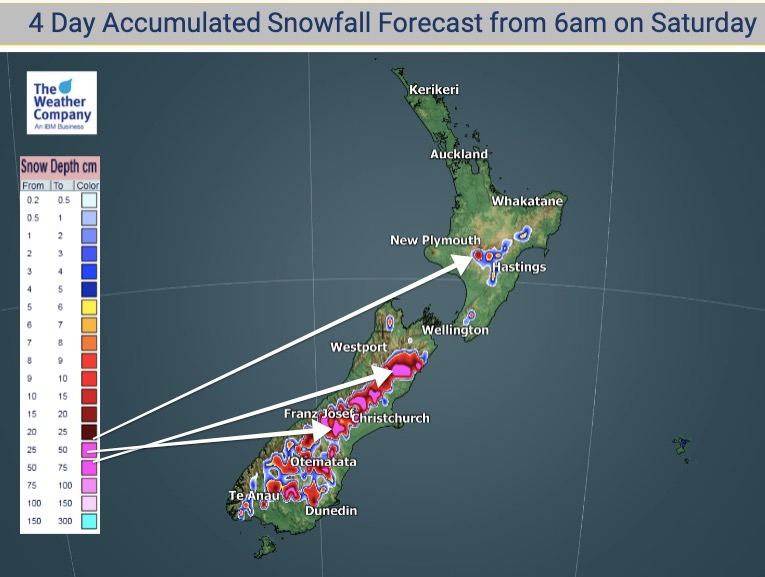 This weekend is warmer than average across New Zealand, a precursor to the cold change about to pounce.

Temperatures will drop across the country, starting as early as Sunday in Southland and reaching Northland by Tuesday. It’s not a majorly dramatic cold change, but it will mix with the extra moisture we have around New Zealand at the moment and that means rain will turn to snow at higher altitudes.

The North Island’s Central Plateau will also finally get a decent dusting of snow, as will Mt Taranaki. On the summit of Mt Ruapehu there may be as much as 30 to 50cms of snow accumulating in the coming days.

State Highway One, the Desert Road, may also have it’s heaviest snow fall of the year so far with traffic potentially affected for a time.

But overall, this is very positive news for New Zealand’s ski industry, in particular the South Island’s ski fields which have already had some good dumps in recent weeks. The cold air next week will lock in the snow too and create ideal conditions for snow making at night too, for those fields with the capabilities.