Sneak peak into next week & next weekend 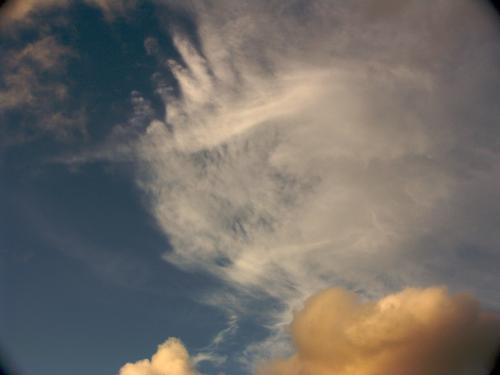 A strengthening westerly flow will spread onto New Zealand on Monday turning to a south westerly flow for most regions by Tuesday.

The winds are associated with a deep low in the Southern Ocean which won’t be making a direct hit with us, but instead will brush past us.

Sou’westers will ease in most places on Wednesday as a high moves in from the Tasman Sea, according to the computer models used by WeatherWatch.co.nz.

But it’s possible a more aggressive system could move in next weekend from the west, bringing gales to the South Island’s east coast and heavy rain to the west.

It’s still a long way out and computer models more than a week out have a tendency to shift, so we’ll keep you up to date.

Those planning on marine or other outdoor activities next weekend should keep up to date with WeatherWatch.co.nz to see how this system eventuates.

Yes unfortunately next week looks rather garbagy in Auckland with southwesterlies and showers at times,my most disliked wind direction,on the good side at least we had only few of these events this winter.

Why do you hate SWers so much more than Southerlies or Westerlies?

Westerlies providing theyre strong enough (and not changing SW every hour) blow the pine needles off the roof,few actually blow across,compared to SW.

Westerlies can provide more interesting weather than SW stratocumulus gloom,even if not sunny inthemselves,SW always howl regardless of the isobaric pressure especially through the warmer months ruining otherwise a fine day by lowering the temperature,at least southerlies clear the weather (here)
Southerlies dont bring as much pineneedles either due to the angle…about the same as a almost a westerly about 250¬∞.
As soon as a SW change arrives the wind speed ramps right up.

How much rain do you expect Nth Canterbury to get on Tuesdays Southerly, hope it doesnt stall over us

At this stage, not much rain at all – and we think it will be more of a south west flow.

Southerlies don’t bring much rain to the North island. Auckland usually gets clear blue sky on a southerly. Likewise, a true northerly for Auckland usually brings only cloud. This week should see mostly dry weather in the North Island as the moon begins moving north. But being closer to the S Pole the South island will cop the unsettled weather.
As I posted about a week ago, next weekend 31st/1st will bring squalls, rain and thunderstorms, a time to batten down the hatches. If anyone has boats moored I would shift them this week.

Let’s just clarify Ken’s “forecast”. That’s not necessarily the weekend, and not necessarily in Auckland, could be Friday or Monday, in fact Thursday or Tuesday would count too…also could be 100 miles away on any of those days. Also “squalls, rain and thunderstorms” could be a bit of drizzle followed by a stiff breeze. Any other possibilities I left out that you would count as a “correct” forecast Ken?