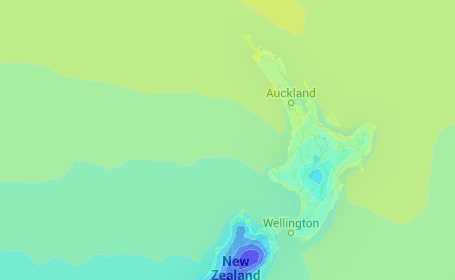 We’re in the middle of a number of weather systems, which is making things changeable and unsettled in both islands, with a wintery feel to the satellite images at present.

The North Island, and particularly the upper north, are still to some degree under the influence of a large high pressure system, with warmer air dominating for most places for much of yesterday – but all that is about to change.

There is a front coming up the country from the Southern Ocean, bringing cold, icy showers and thunderstorms to much of the South Island, and that will start to have an impact on northern parts towards afternoon – though the worst of it will take control on Thursday.

The system moving up the country is looking rough enough to bring icy winds, hail and thunderstorms as it collides with the high pressure system the the north and west of the country – for your regional forecast, check out what time you can expect things to worsen, here.