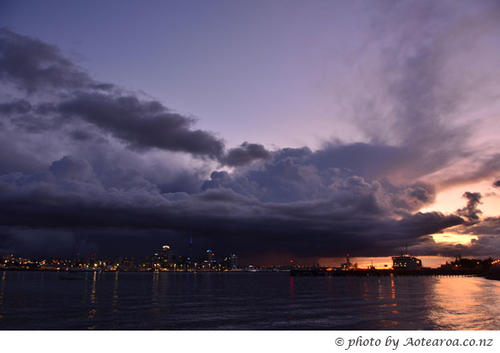 After a soggy start to the week in places, the situation looks to be easing, weatherwise, on Tuesday – though there is still a chance of some heavy showers and steady rain, minus strong winds, in parts of both islands through the day.

Marlborough in the South Island is looking like getting some spells of heavy falls, while in the North Island, Wairarapa could see some of the same towards evening.
Neither place looks like getting the same levels of rain we saw on Monday in Gisborne, though this system is carrying a fair amount of wet weather with it, and so keep an eye on your local forecasts and listen out for any warnings through the day!

Winds look to have largely settled down around the country, after a blustery start in places on Monday.

Cloudy with breezy southwesterlies, showers on and off through the day, and temperatures in the mid teens.

Areas of rain with southerly winds, though conditions may be dry for a time in the morning, and temperatures sitting in the pre-teens for the most part.

Cloudy with patchy rain or drizzle more persistent for a time in the afternoon, along with southerly winds – temperatures in the double figures – just.