Showers, rough seas and wind – your weather feedback from around the country 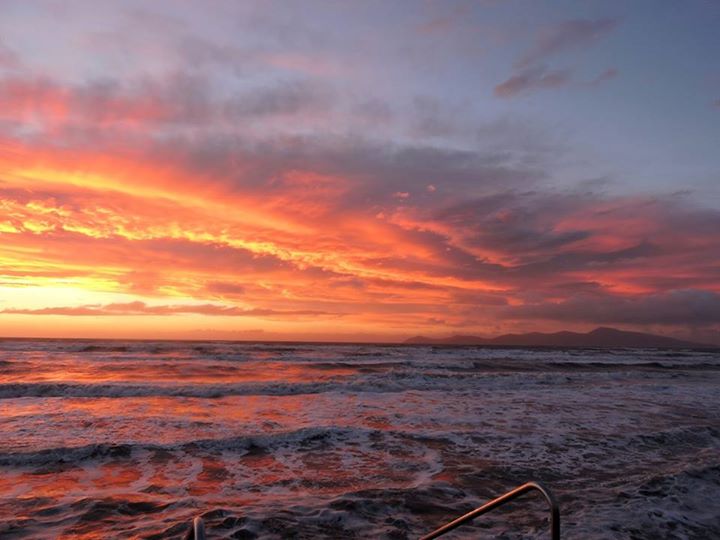 While we’ve seen a settling down since the early part of the week, things have been far from uneventful in the last 24 hours around the country.

It’s been windy in our largest city so far today – with average wind speeds sitting around the 50km/h thus far – with some passing squally showers in parts.
Also winds have been pretty strong around eastern parts of the island, with Hamilton and Tauranga seeing some pretty strong west and southwest gusts of around 40km/h too.

Ashley Fox, on our Facebook page said that it’s been raining in Danniverke, Takapau Plains and Waipukerau today, while Helen Davies in South Wairarapa told us it was wet last night when the southerly change hit – and since it’s been chilly and windy.

Papatoetoe, where Diana Foster posts from, has been “squally and very windy” since last night – while Chris Johnson in Paekakariki sent us this beautiful photo:

With the caption: “an orographic classic. The passing trough struck Kapiti Island, causing big Northerly mountain waves to form (NW here). The waves formed a big arch. The upwards arch lifted the Northerly up and let the brrr cold SW gales come firing underneath it and directly into us from the Southern Alps. Talk about bad luck!“

Thanks so much for all your correspondence, and keep it up – we love hearing from our readers!

Thank you very much WeatherWatch. 🙂