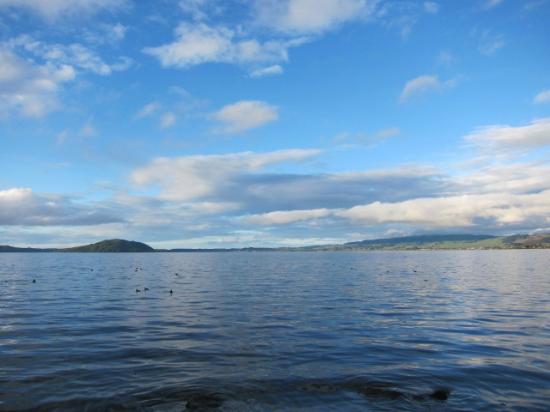 We’ve been talking recently about the battle going on between the highs and the lows and ever so slowly lows have been getting into the picture a little more but it’s still those stubborn highs that have the upper hand for now.

This long weekend sees a rainmaker however at this point it’s likely to settle over the West Coast and won’t spread its wings over the entire country. Even then it could take it’s time to settle over the Coast and might not be until the middle of the weekend before a few splashes arrive.

It’s looking to be a relatively quiet day across New Zealand on Wednesday and dry conditions are expected almost everywhere.

The odd drizzle patch could thicken up over Firodland and a shower about Northland or the West Coast could fall but it’s looking fairly distant at the moment.Elsewhere it’s business as usual with a few cloudy areas otherwise it’s pretty much all sunshine.

Drought conditions look set to last for a little while yet however West Coasters still appear to be the region where it might break first. Easter seems fairly wet off and on but it may not be enough to halt the drought but perhaps ease it a little.

Temperatures today may warm up a notch or two on yesterday and tomorrow it could rise another degree nationally before creeping up even further across eastern areas on Good Friday.

Wednesday morning has got off to a cool start over central and southern regions today and a few degrees down on the last few mornings.

Breezes should be light or gentle at best today nationwide with sea breezes prevailing in some cases which sounds more summery than mid-Autumn.

Provincially the forecast is similar to the main centres with not a lot of difference expected this coming Easter weekend.
Mostly dry but later in the wekend the chance of a few showers dotted here and there.

Homepage image of birds sitting on top of Lake Rotorua