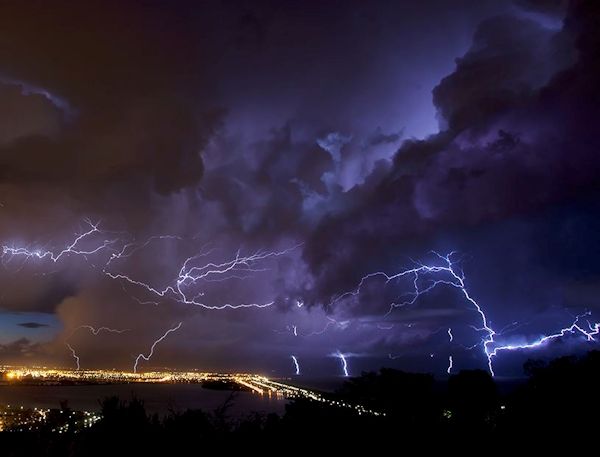 Thunderstorms have been trying to re-fire late this afternoon about central New Zealand.  One cell in particular prompted government forecaster MetService to issue two Severe Thunderstorm Warnings.  One for the Palmerston North area and one for Carterton and South Wairarapa area.

The threat for thunderstorms will continue about central New Zealand tonight.  Specifically along the coastal regions from Taranaki to the Kapiti Coast to Wellington.

Another risk area is about the north-western part of the South Island including Nelson and Westland.

MetService has also identified these areas has having the right conditions for the development of severe weather.  For that reason, they have issued Severe Thunderstorm Watches for these areas.  The North Island watch includes Hawkes Bay, Taranaki, Taihape, Wanganui, Manawatu, Tararua, Kapiti-Horowhenua, Wairarapa and Wellington.

Both watches are in effect until 8:30pm.

There is also a risk for thunderstorm activity across central New Zealand tomorrow.

However, there is a much higher risk for heavy rain across much of the North Island and the upper South Island.  No rain warnings are in effect at this time, but this situation will be monitored carefully.