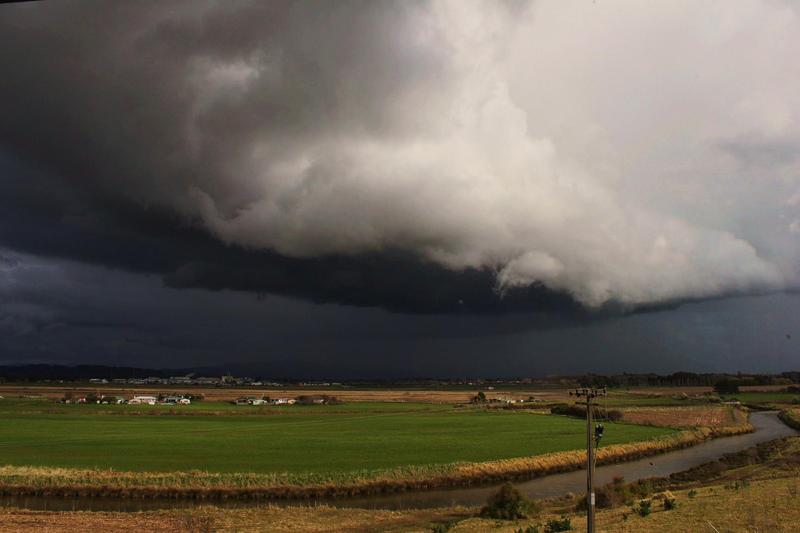 A strong disturbance in the upper levels of the atmosphere will support a frontal boundary at the surface to generate showers and thunderstorms across central New Zealand today.

Some of those storms could become severe producing large hail, damaging wind and heavy rain.  The highest risk for that is about Wellington and parts of Wairarapa and Marlborough.  Government forecaster MetService has issued a Severe Thunderstorm Watch for these areas.

MetService believes that thunderstorms are expected to develop along and behind a southerly change that is expected to reach Kaikoura by midday and then move over the southern North Island this afternoon.  In a statement just released by MetService, they say “There is the possibility of some of these thunderstorms being severe due to large hail (greater than 20mm diameter) and damaging wind gusts (110km/hr or more) occurring.”

Hail that big can damage vehicles as well as crops.  Wind gusts of that strength can bring down trees and power lines as well as causing roof damage.

The severe weather threat is expected to diminish this evening.

Thunderstorms are also possible this afternoon about eastern Canterbury, Taranaki, Wanganui and the Kapiti Coast.  However, in these areas the threat for damaging wind and hail is not as high.

looks like we have must this so called The severe weather threat that met service has said nice and sunny here in blenheim with just a few clouds ??

The met thunderstorm watch chart (look closely….) had a risk for the Marlborough coast area, not inland. I see there’s showers now all over the Wairau valley.