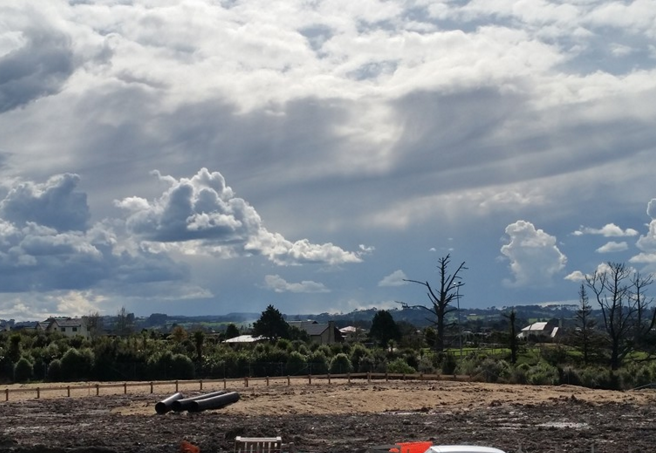 Severe weather fronts are lashing several regions of Australia, with a man dying after being swept away by floodwaters in Queensland and a “mini-tornado” destroying several homes in New South Wales.

The Bureau of Meteorology (BoM) said a unique set of weather patterns were responsible for the nation-wide wet weather event, not expected to be repeated anytime soon.

“It’s quite unusual to see this sort of pattern develop right across that broad section of states,” BoM meteorologist Craig Burke told the ABC.

“It is unlikely we would see the same extent again like what we have seen in the past few days.

“This was a unique weather set up.”

Meanwhile, a after his car was washed away by floodwaters, just moments after he let his brother out to check on water levels.

Swiftwater rescue crews in the region rescued several other people, including a woman and her children, and a man who had abandoned his car and was found clinging to a tree.

In south-east NSW, at Forbes Creek, about an hour east of Canberra.

The said a “mini-tornado” hit the town, however a BoM forecaster was unable to confirm any tornado activity in the area.

Bungendore SES incident controller Peter Adrian said a strip of land in the area about 200 metres wide by about three kilometres was badly affected by the storm.

“It looks like a cyclonic-type wind went through there somewhere before midnight … there’s at least four houses with roof damage, or roofs actually lifted off them and internal walls collapsed,” he said.

Mr Adrian said in one instance the roof of a home had been “relocated from the house into the middle of the road”.

In WA’s north-west Pilbara region, where an was issued at about 3:00pm on Sunday.

The former cyclone is not expected to directly hit populated areas, but residents were being warned of strong winds, heavy rains and dangerous storm tides, especially near its centre.

Grant Brooks, whose son is the manager at Limestone Station, located 10 kilometres east of Marble Bar, said he was not too concerned about the approaching storm.

“So far so good, lots of puddles around outside and not as much wind as I would have expected at this stage,” he said.

Some weather over at Tuggerah Lake, Australia. pic.twitter.com/AcVgFERD1F

“I’ve had a couple of contingency plans just in case it got really nasty so no real worries.”

Mr Brooks said he was thankful for the rain the former cyclone had brought.

In the Northern Territory, a weak monsoon has causing numerous road closures in Darwin and .

Meanwhile, Tasmanians have been spared from predicted further rain.

and were also hit by storms on Saturday that cut power to homes and businesses and caused flash flooding in some areas.

Hot and humid days are expected to continue across the country as the aftermath of ex-Cyclone Stan brings heavy rains to the interior of Western Australia and western parts of South Australia.

Mr Burke said a band of showers and storms were still affecting Tasmania through the Bass Strait and into central Victoria on Sunday.

The wet weather from the western parts of Australia could drag across to the east coast, but the modelling still remains unclear, Mr Burke said.

He said the weather would be “unsettled” in northern Australia and the eastern areas of Queensland with showers and storms as the low trough heads out to the Tasman.

“It is not unusual to see high humidity levels in northern Australia, but certainly for Victoria and Tasmania, they would expect a more dry heat at this time of year, so it’s been a unique few days for all of Australia,” Mr Burke said.