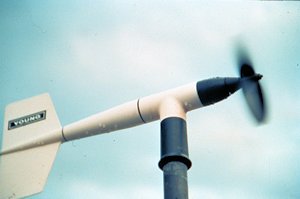 A typical spring weather pattern continues to unsettle the weather across New Zealand for this weekend.

The strongest wind today is likely to be about central New Zealand.  Wellington is already seeing gusts up to 130km/h which has caused problems for flights at Wellington International Airport.  According to their website, most arrivals through the noon hour have been delayed, cancelled or diverted.  Very few of the departures were affected.

Wellington and Wairarapa are expected to see severe gusts of up to 140 km/h in exposed places through to this evening.  Government forecaster MetService, who issued a Strong Wind Warning for these regions, also said that additional gales are likely tonight and early tomorrow.  But additional severe gales are not expected.

Severe gales are also expected from inland Taranaki and the Central Plateau across to central Hawkes Bay.  This includes northern parts of Whanganui and Manawatu.  Gusts up to 120 km/h are possible in exposed areas through the early evening hours.

Severe gales are also expected for Marlborough today.  Gusts up to 130 km/h are possible until late this afternoon, especially about the Marlborough Sounds.

A little further south, severe gales are expected about Canterbury for the next few hours.  Winds gusts to near 120 km/h are also possible about the inland and higher regions of Banks Peninsula for much of today.

MetService has warnings in effect for all of these regions.

The rest of the country will see strong northwest winds that may approach severe gale strength in exposed places.

Left from work at Wellington Airport late morning, it is hard to tell how windy it really is just by looking out the windows there, although a brisk side to side motion of the planes as they take off is good enough tell tale sign.
Left the building via the “worker entrance”, gee wizz, talk about wind, had to hang onto the wall to stop being blown over, a real battle to get to the carpark usually 7 minutee walk, this time about 15 minutes as I battled to stay on my feet.
On the drive to Lower Hutt I could see that the harbour was real angry today, Evans Bay was full of foam and spray, and white caps, the moored boats seemed to hanging onto their moorin gs for dear life.
Waves were breaking hard against the bay walls as I drove the seaside route to Oriental Bay and spray lashed the car as I drove around the corners to meet the Nor’Wester head on.
I thought to myself – ah Wellington, this is why I love you so much……No really, Spring has sprung at last.