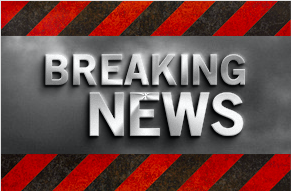 UPDATED 5:45am — A severe 7.1 earthquake has hit near East Cape. It took a full hour but New Zealand Civil Defence (MCDEM) finally issued a Tsunami Threat for all of coastal New Zealand – but fell short of issuing an actual warning.

A small wave has been detected by GeoNet buoys – but nothing significant.

The earthquake woke North Islanders this morning around 4:35am, including those in Auckland and northwards which is incredibly rare, almost unheard of.

The quake was so strong it was felt in Wellington too – and some reports were trickly in from the South Island as we wrote this.

The earthquake has been described as long lasting and rolling and was centred just off East Cape out at sea in the Pacific Ocean at 55kms deep.

WeatherWatch.co.nz has publicly said we are concerned at Civil Defence’s very slow public response this morning. 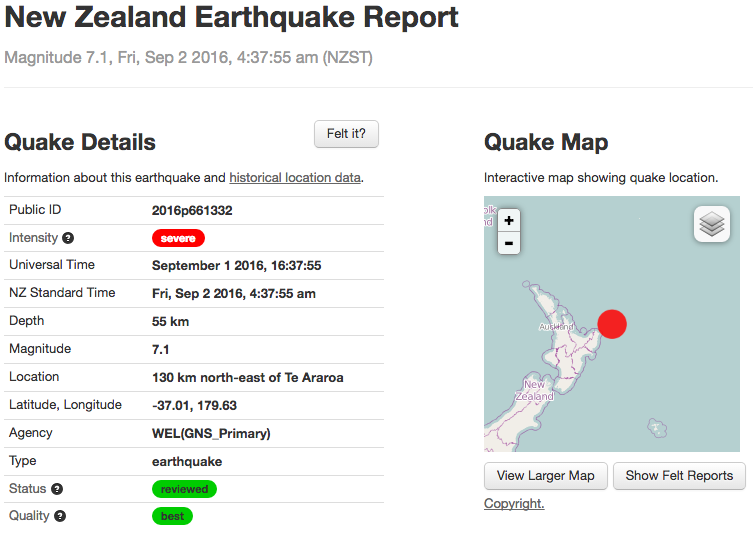 We were woke up with it this morning (we are in Huntly) and our bed moved from side to side. It seemed longer than a minute.

ITS IRONICAL I WOKE UP AT 4 AND WAS WRITING A SEISMIC REPORT OF A PROPERTY WHEN I FELT IT.

This mornings quake woke memail where I am staying in Kay Rd Swanson. It seemed to last for about a minute and was followed by a shorter one almost immediately after.

what magnitude in wellington? in auckland?