Season’s rain soaks western Queensland in just one day… but the total may surprise you! 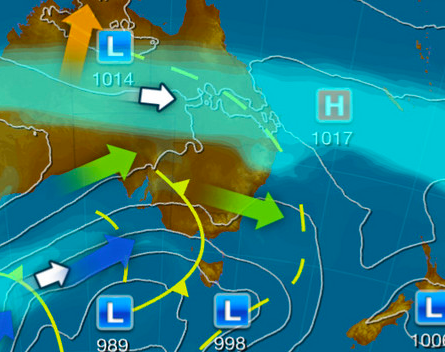 The heaviest falls during the 24 hours to 9am on Wednesday were in northern parts of the Channel Country and Maranoa and Warrego Districts, where Boulia received 25mm. This is more than double its June monthly average of 10.5mm, and it close to the entire winter average of 27mm. Charleville’s 4mm up to 9am was its heaviest rain in two months.

The thick cloud is also keeping daytime temperatures lower than usual for this time of year, even though it’s winter. Longreach’s running maximum temperature of 18.8 degrees as of 3pm today is five degrees below average for June.

The cloudband will cause further rain in the North West, Central West and Central Highlands and Coalfields districts on Thursday, before drier weather returns on Friday.

While an entire season’s worth of rain falling in just one day seems astonishing, this part of Queensland usually only registers rainfall on four days each winter.