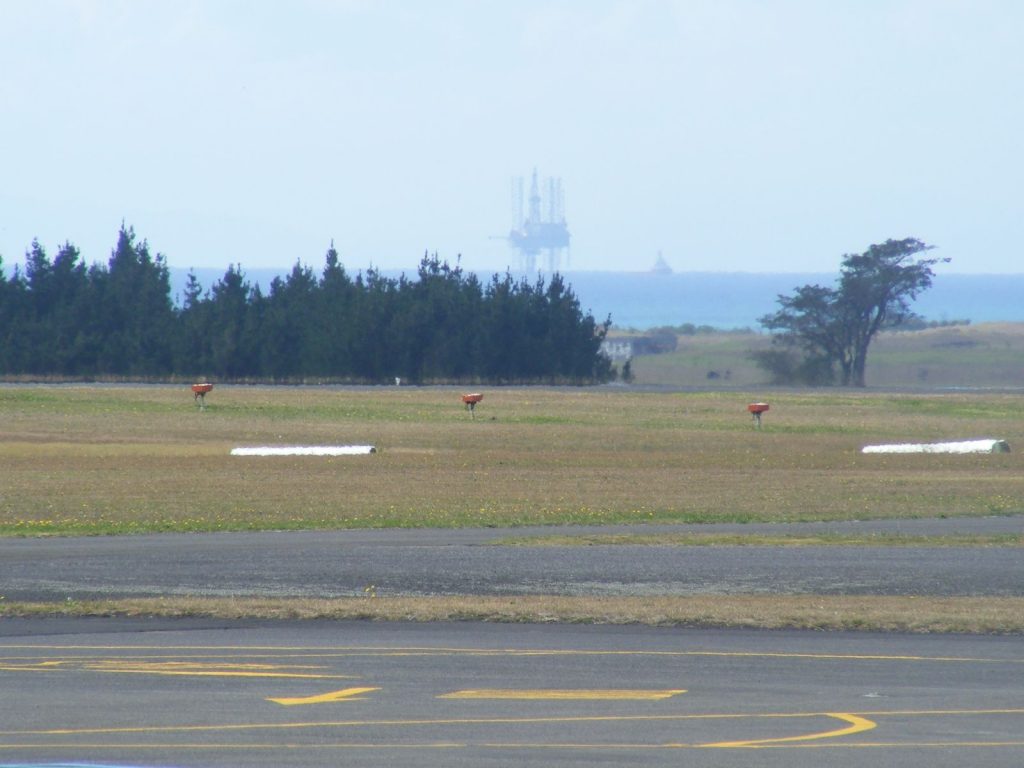 Temperatures in New Zealand are about to hit summer-like levels thanks to a heatwave in Australia.

We saw a slight jump in temperatures this week across northern New Zealand as the first wave of warmer air from Australia brushed Northland and, overnight, Auckland.

However tomorrow and this weekend temperatures are set to rocket  above 30 for some as a large high moves into the northern Tasman Sea and feeds hot nor’westers over both islands.

Temperatures in Gisborne and inland Hawkes Bay are very likely to hit the low 30s while Napier, Hawkes Bay and Wairarapa reach the late 20s.

Inland parts of Canterbury are likely to climb into the late 20s with mid-20s expected near the coast.

Even Southland, which has had a wintry run of weather so far this month, is likely to reach the mid 20s during Friday.

Winds are also likely to be strong in exposed places with gales possible around Cook Strait.

Temperatures reach the Mid-40s in Australia

Vast tracts of South Australia are this morning preparing for another baking day of catastrophic fire risk after authorities closed schools, advised people to leave danger zones and called in water-bombing aircraft during yesterday’s 40C-plus temperatures.

Fires did break out in the tinder-dry country around Coober Pedy and Roxby Downs to the remote northeast of Adelaide, and in country between the Flinders Ranges and Port Augusta, but by late afternoon they had been contained.

The risk is that as temperatures again soar into the mid-40s today, fires that do erupt will rage out of control, threatening lives and destroying anything in their path as they are driven by hot, strong winds.

Conditions were worse yesterday than predicted, with the fire danger rating in the Flinders and northwest pastoral districts peaking well above the trigger level for the catastrophic rating.

This is the first time the rating – devised after February’s Black Saturday fires in Victoria – has been used, and warns of conditions every bit as bad as those that killed 173 people and destroyed entire towns.

The rating warns that any fires are likely to be fast-moving, uncontrollable, unpredictable and likely to kill anyone in their paths.

Fire authorities advised people to evacuate if they were not well-prepared for a potentially disastrous fire, and to ensure that the elderly left early.

“They will be very, very dangerous fires.”

CFS strategic services manager Mick Ayre told ABC radio that the best advice fire authorities could give was to think carefully about the ability to fight a fire in catastrophic conditions.

“If you’re not comfortable and if you don’t have the right equipment and if your property is not prepared, it’s better to go and do something else like go to the beach or the shopping centre than it is to take the risk of defending your property or escaping at the last minute,” he said.

“If you decide to stay, you could die in the attempt to save your property.”

As the state sweltered in temperatures that reached 44C in some areas, Adelaide endured a peak of 41C, following its first recorded official November heatwave last week.

I see Met Service has Auckland at a steady low-20’s through to Monday. Any hope we might go better than this? I’m feeling mighty chilly after spending last week in Broadbeach, where the high 20’s temps were very pleasant indeed.

There’s the possibility that some inland regions may reach 23, but the sea will keep a lid on anything too extreme.  Overnight lows will probably be more noticeable as they’ll be up quite a bit compared to tonight.

Bring it on…. love the warm weather! :o)

Hi WW,
Hope you are right about the coming warm air Phil, as today here in Whangarei was supposed to be fine and sunny but unfortunately it is mostly cloudy with a strong cool SW blowing again making it unpleasant when you are exposed to it.

We have had this scenario for some weeks now except for a brief interlude around Tuesday and folk are getting annoyed with it. It is also very dry due to the constant wind and I am hoping for some rain to alleviate that, which is unusual for me as I normally vote for sunshine every time.

But a day or two of warmth will go down very well. Outside I have 19 deg showing but in the wind it feels like 15 or less.

I enjoyed your blogs from North America and totally agree with your comments on how good it is here in NZ. Also agree with the other person who can not understand NZ’ers holidaying over in OZ when we have so much here. Apart from maybe reliable hot sunshine, but who the heck wants to be exposed to 40deg heat, not good at all.

Hi Derek – this looks like a good chance for hotter air to reach Whangarei.  Fingers crossed for you!

Thanks for your comments – I had a lot of fun writing the Herald blogs from overseas.  And you know what – I’ve never visited Aussie because I’ve always felt like NZ has it better.  Been around the world a few times now but have never visited Australia.  Unbelievable I know!!  I’m keen to go there though – would like to visit the regions that are really different to NZ.  Hopefully next year.

Wow! Could be in for a heatwave in Auckland we may even get 20 degrees 2 days in a row!