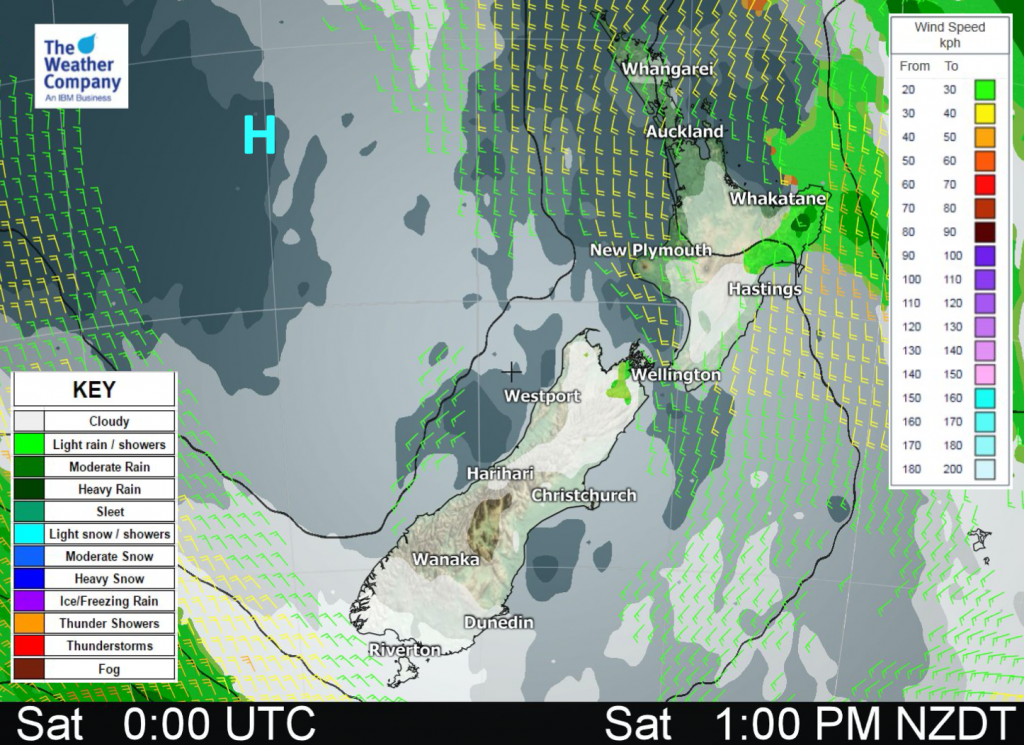 An anticyclone in the Tasman Sea shunts over New Zealand today bringing in mainly settled conditions but it will still be a little cool for some especially in the east as a southwest airflow dies away.

Marlborough & Nelson
A mix of sun and cloud, south to southeast winds die out in the evening. Winds tend northerly in the afternoon for Nelson.
Highs: 16-18

Canterbury
Morning cloud with the risk of a shower then sunny areas break through, southwest winds tend northeast in the afternoon.
Highs: 15-17

West Coast
A mix of sun and cloud with light winds tending westerly in the afternoon, a shower or two possible at times midday onwards Hokitika northwards.
Highs: 16-19