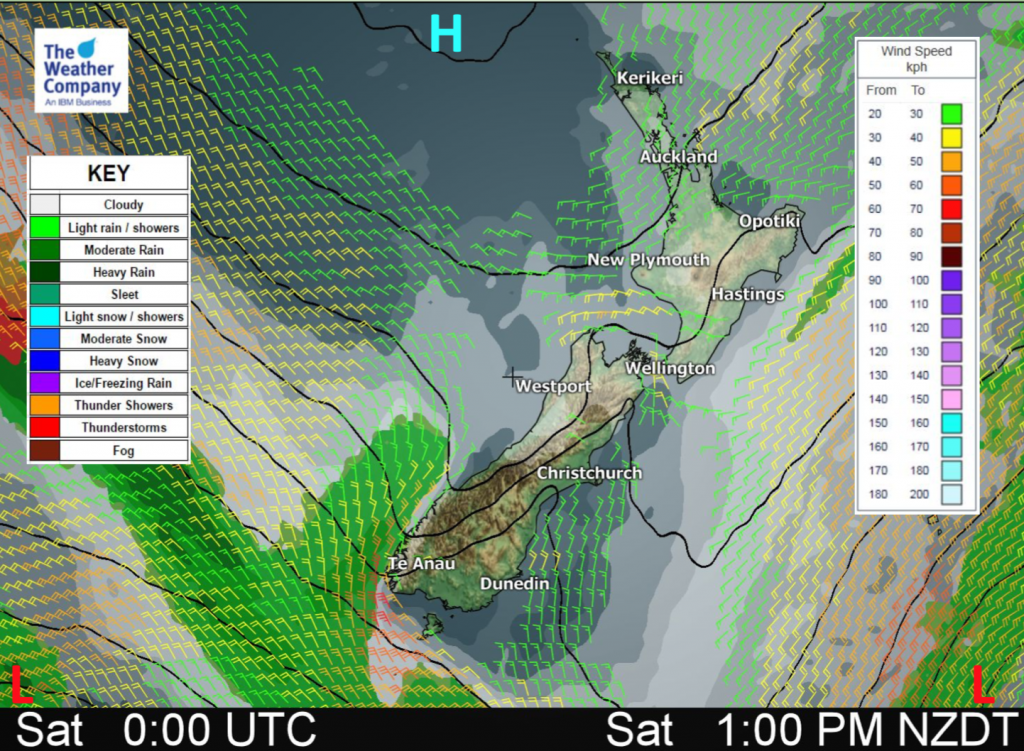 Northwesterlies continue today, a front within this flow slowly pushes northwards during the day moving into the lower South Island this morning reaching central New Zealand around midnight.

Northland, Auckland, Waikato & Bay Of Plenty
Morning cloud then mostly sunny, the Bay Of Plenty has a sunny day from first thing in the morning. West to southwesterly winds, perhaps a little breezy at times.
Highs: 18-21

Canterbury
Sunny with northeasterly winds near the coast, northwesterlies elsewhere spreading to the coast in the evening.
Highs: 20-22