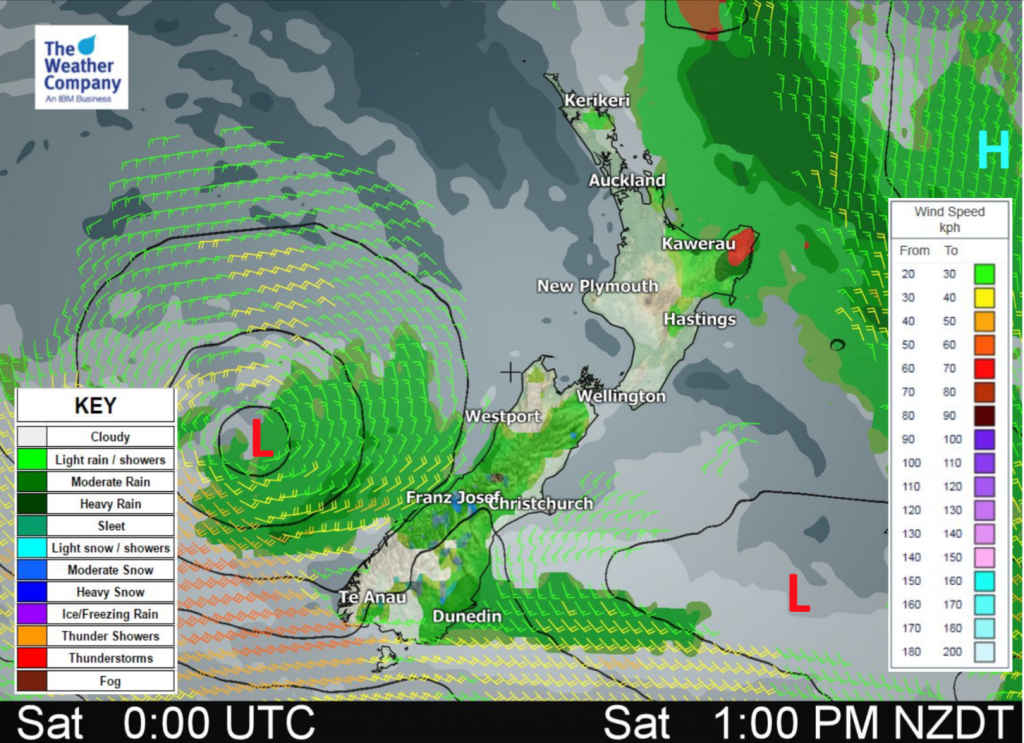 This low west of the South Island weakens on Sunday as a ridge starts to have more influence over the country extending out from an anticyclone to the south.

Northland, Auckland, Waikato & Bay Of Plenty
Early cloud then mostly sunny, there may be early mist / fog patches about some inland areas. Isolated showers develop about Northland in the afternoon, some become heavy then clearing in the evening. Light southwesterly winds.
Highs: 18-19

Marlborough & Nelson
Mostly cloudy for Marlborough, there may be a shower or two mainly from afternoon. Light east to southeast winds. Nelson has morning sun then some cloud from afternoon, the odd shower possible about the ranges from afternoon, light winds then afternoon northerlies.
Highs: 14-16

Canterbury
Mostly cloudy with the odd drizzle patch, areas north of Banks Peninsula may be fairly dry in the morning. Southwesterly winds.
Highs: 10-12