Home > News > Saturday settles after a loud start for ...

Saturday settles after a loud start for some 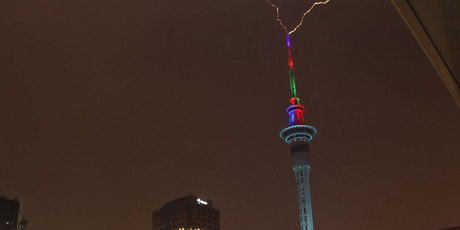 What a show last night.  Auckland saw some of the most intense lightning in a long time.  Some claps of thunder were so loud, they set off car alarms.

But now, it’s all quiet about Auckland where the sun is shining.

In fact, it’s quiet all over New Zealand.

Well, the thunder has stopped anyway.

Some areas are still seeing a bit of rain.  The upper tip of Northland has a few passing showers.  The eastern Waikato was reporting a few showers around 9:00 am, however imagery is indicating those should have moved off by now.

The western Waikato had brilliant sunshine around 9:00am, however skies have clouded back over.  The sun should return this afternoon.

Expect the settled conditions to remain in place for the rest of the day.  The anticipated arrival of the Tasman low is expected tomorrow.