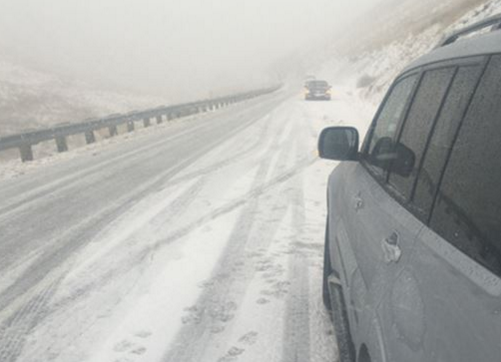 Anyone planning high country excursions anytime soon is advised to keep a close eye on the weather.

A group of 38 people reached warmth and safety last night after a lengthy rescue, when they were trapped by snow during a four wheel drive trip on Central Otago’s Old Man Range.

“Can’t acknowledge the work of mainly all volunteers. The community’s big effort especially the Roxburgh community and with the welfare centre that was put on, the food and everything like that, the community really rallies together.”

One of their rescuers, Chris Coory from Dunedin Land Search and Rescue, said they were met with nothing but gratitude when they arrived to get them out.

“I was expecting someone to be annoyed about leaving their vehicles there, but they were pretty good, because the vehicles are going to be there for the winter that’s for sure.”

He suspects they’ll be written off, but said they will find out in spring.

Commander Inspector Jensen said people heading into mountainous terrain and difficult roads should be looking at the weather forecasts.

“They should be equipping themselves and advising people of where they’re going, and taking that equipment with them, that if they do get caught out over night they have the ability to stay.”

Mr Coory agrees people who want to head off in four wheel drives in that type of weather should do their research.

“Knowing what the weather’s going to do. That’s the big thing. Sub alpine areas like this, the snow can come in pretty fast and if it starts to come in then you turn around and get out.”

Snow was forecasted days beforehand, yet they took kids up there.  It’s good they got out but do you have much sympathy for them?  Not only should they lose their cars but they should pay for the rescue too.