Rough weather kicks off today, lingers off and on for a week (+7 Maps) 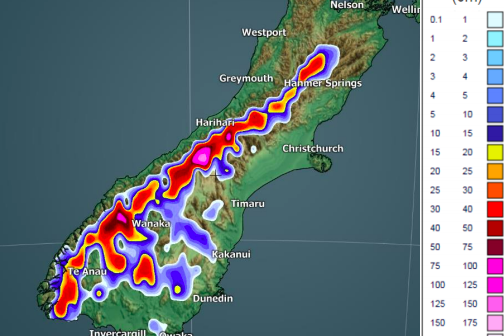 Wind maps + Rain & Snow Accumulation Maps — A surge of stormy Autumn weather is about to engulf the country for a week but due to New Zealand’s mountains and ranges we can expect a full variety of weather from sun and warmth to gales, rain and snow.

The South Island will be most impacted by the rough weather with several storms, or lows, in the Southern Ocean tracking by this week while high pressure remains just out of reach to the north. This set up, put very basically, means the further south you go the stronger the winds will likely be, the heavier the rain will be at times and the more likely you are to experience colder air and snow potential.

While gales are expected today the latest indicates they will be at the lower end of the severity scale. This means some trees or branches may come down and perhaps a few isolated power cuts and roads affected but hopefully any wind damage will be minimal or not an issue. Strongest winds are most likely inland through Canterbury, nearest the mountains over today. Across the week winds will likely surge up but then calm back down again off and on.

Meanwhile the east to north east of the North Island will likely experience some warmer than average and very sunny days in the week ahead due to the mainly westerly quarter winds.  We’ll have daily updates on this rough weather over the next several days.

Here’s the latest for Sunday and Monday: 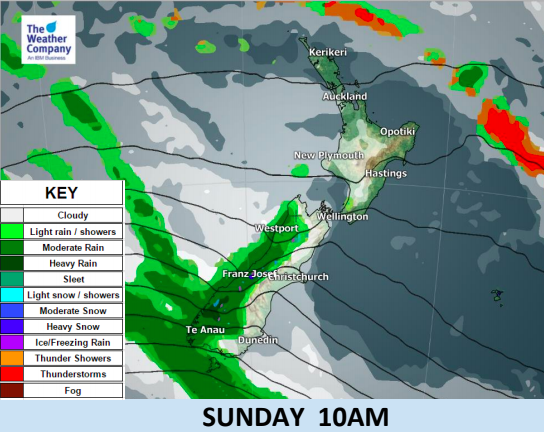 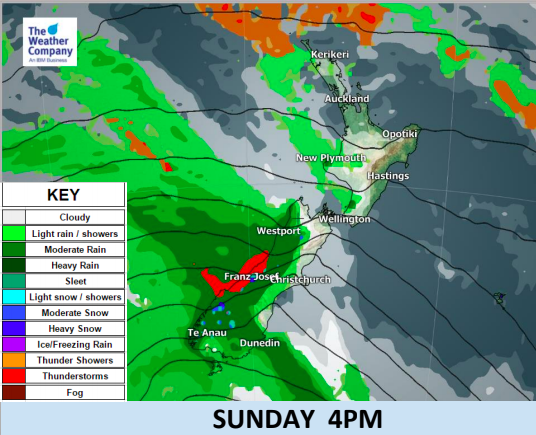 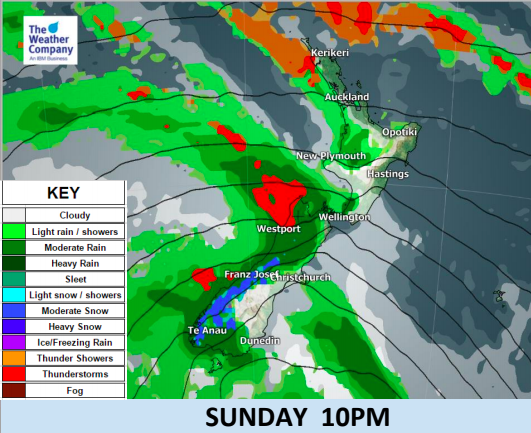 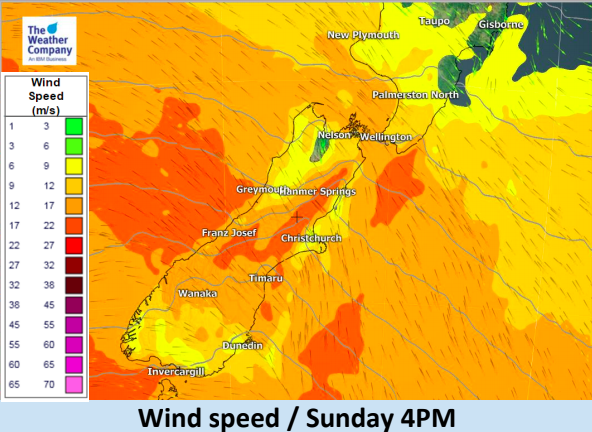 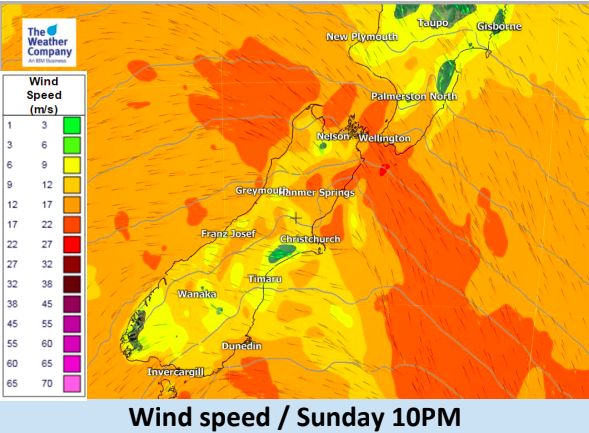 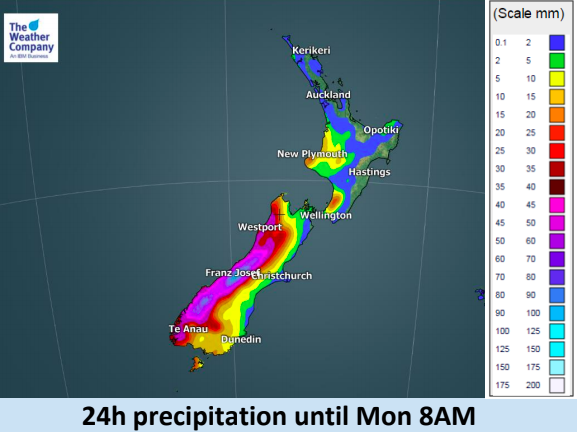 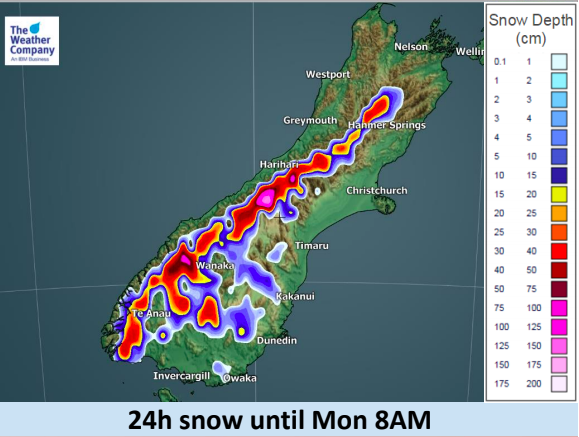