Home > News > Roads treacherous for many...

Roads treacherous for many 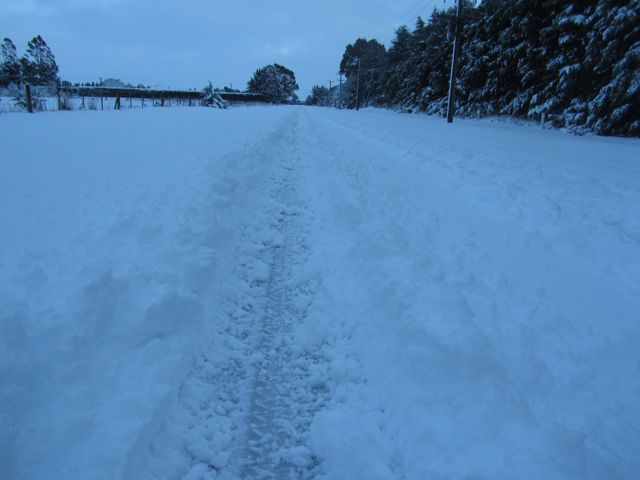 Conditions around the country remain changeable this morning with reports of further sleet and snow showers in parts but also some of the snow has frozen making roads very slippery.

Some of the snow has melted in the south after rain moved in however a few areas including parts of Christchurch and Dunedin remain slushy and motorists are being warned of the difficult conditions.

Aucklanders saw some very cold temperatures overnight with some frosts forming, in what’s believed to be quite a rare occurrence.

Wellington saw rain at times overnight after a snowy outbreak earlier and some of the hillside suburbs remain  slushy this morning and extreme care is required in places.The Capital may see further showers of a wintry nature again today.

Christchurch is seeing some rain and sleet showers this morning with the possible chance of further snow but particularly inland the snow showers could be heavy at times above 1-200 metres.

Many alpine passes were closed overnight and numerous local roads are marginal at best this morning.

Much of the country is still embedded in this cold southerly outbreak with showers and snow to low levels in eastern areas, moreso from Gisborne down to parts of Otago and Southland, including Wellington.
Parts of Northland and Auckland could also see some cold showers but not as much of a risk compared to eastern areas.

As the southerly eases and already in some western and other sheltered areas, frosts have been forming and quite severe in places with temperatures dropping well below freezing.Blenheim yesterday morning came in with minus 5 degrees.
Queenstown is minus 4 degrees this morning with still plenty of snow in the town remaining, after one of the biggest falls in decades.There’s still a risk of some snow showers this morning before hard frosts are likely to form tonight.

Temperatures may move up a degree or 2 on previous days in many cases but the cold southerly will still make it feel considerably colder.