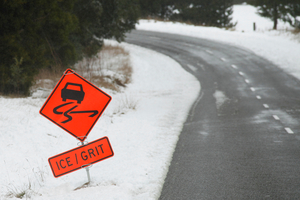 Motorists are being urged to take care while driving with severe black ice affecting roads around the country.

Caution is urged for those driving near Rotorua this morning as black ice plagues the area.

“There is a lot of ice around so people need to be careful.”

Road users are also being warned of severe black ice across several roads in Otago this morning.

State Highway 6 was closed between Cromwell and Queenstown due to ice on the road, police said.

State Highway 93 was also closed due to a crash near Three Stones Rd.

There had been “numerous” crashes in the area this morning due to the ice, Southern police communications Sergeant Mark Booth said.

He urged motorists to take extra care on roads in the area this morning.