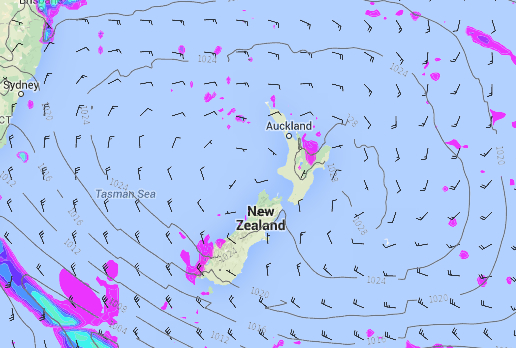 A dominating ridge of high pressure will keep things calm and settled for much of the country, with only a chance of showers here and there for parts of the North Island.

Northland, Auckland, Waikato and the Bay of Plenty may see a shower at some point in the afternoon, but it won’t be anything too risky!

A bit of a change is in store for the lower South Island late in the day, with a northwesterly airflow picking up, bringing some strong winds to parts of Southland – particularly Foveaux Strait and Stewart Island.

The Place to be:

It has to be the western and Central North Island – these regions are looking sunny and clear for the most part, with only light winds and some cloud about the CNI – and temperatures in the low 20s. Not bad for April 1!