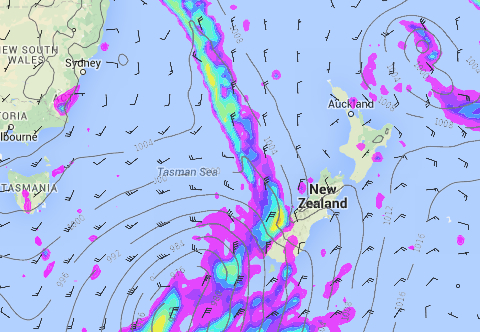 We have something of a ‘return to action’ for the weather over New Zealand this weekend, with some rain activity and strong winds in a few places.

The West Coast of the South Island will see some rain today, with a few heavy falls here and there – from a front moving northwards during the day.
The pattern should be ok though, just some typical West Coast weather.
Still, something trampers and those working outdoors would best keep an eye on.

Further north, winds in the Cook Strait will gust strongly at times this afternoon, and there’s a possibility that northerlies could reach gale force in bursts.