Record low number of drownings in 2013 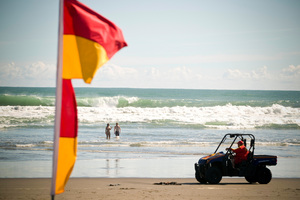 Men and preschoolers are over-represented in our drowning toll, Water Safety NZ warns.

There were 81 drownings last year, a record low, but chief executive said an increase in the number of preschoolers who died was of particular concern.

“It’s great that the toll is tracking down, but 81 deaths is still a huge number ranking us among the worst in the developed world,” he said.

Five preschoolers drowned last year, up from the year before.

In June, 2-year-old Charlie Aaron Unwin drowned in a rubbish hole after he wandered from a house near Gore.

The hole, which was not fenced off, was a short distance from the house and had filled with water from recent rain.

She was found 100m away floating face down in Lake Wakatipu.

“No preschoolers should be drowning in this country,” Mr Claridge said.

“Kids under 5 should be within arms’ reach of a parent or caregiver at all times in, on, and around water.”

To achieve a key change in their behaviour around water, it was crucial New Zealand children were taught swimming survival skills at school age, Mr Claridge said.

The water safety school programme coordinator at Mt Eden Swim Magic in Auckland said an additional benefit for parents teaching their under 5s how to swim, was that they learned how to supervise their children at the same time.

“They’re going to learn to be aware of the risk.”

Unfortunately, some Pacific Island families did not not see swimming lessons as a priority, Ms Richardson said.

“I’m a Pacific Islander and we’re an at-risk people group.

“Money is an issue for them, they don’t consider swimming lessons as [essential], it’s recreation, that’s how they view it. Therefore the money is not going to be invested into swimming lessons.”

Mr Claridge said for every drowning, another 1.8 people on average needed hospital treatment due to near or non-fatal drownings.

“This is of huge concern and comes at considerable social and economic cost to the community long-term.”

At 77 per cent of 2013s drownings, men continued to be over-represented in the toll, Mr Claridge said.

Two of the men drowned while fishing off rocks at Maunganui Bluff near Dargaville, a third when scuba diving at Motiti Island and the fourth while fishing off the wharf at Kauri Point. The fifth drowning occurred in a home bath.

* 20 drownings occurred while the victims were taking part in watersports, 16 while swimming

* At eight deaths, the number of land-based fishing drownings was consistent with the five-year average

* Powerboat deaths, at eight, were significantly down on the 2012 total of 18

* Hawkes Bay, Marlborough, Northland, Bay of Plenty and Otago all suffered an increase in drownings in 2013

* The greatest number of drownings occurred at beaches (19), followed by rivers (18) and offshore (11)