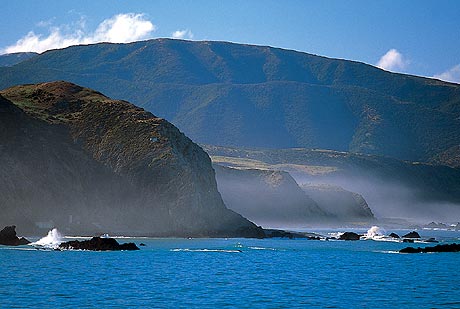 Over a six-hour period, 6229 cubic metres of unfiltered, untreated sewage-contaminated stormwater was spewed from Moa Pt through an old pipe – used only when there is too much pressure on the main system, Fairfax reported.

At its worst point, the pipe – which hasn’t been needed since 2006 – was discharging 2975 litres of untreated sewage into the ocean every second.

A further 1.8km from there, another 13,942 cubic metres were pumped out of another pipe.

Capacity Infrastructure Services spokesman Alex van Paassen said the waste water that from both pipes was about seven parts stormwater to one part sewage.

While signs were put up and water users were warned of the dangers of swimming, Mr van Paassen said it was up to “personal responsibility”.

He said people should know to stay out of the water 48 hours after heavy rain.

The normal flow of sewage through Wellington’s system is 700 litres a second and on Monday, this rose to 4443 litres per second in the main pipe.

Because the treatment plant at Moa Pt can only treat 3000 litres per second, the remainder – not including what went through the old pipe – was discharged off the south coast after going through a process to remove large items.

The problem was that “basically the system was overloaded”, Mr van Paassen told Fairfax.

“We are steadily working on the stormwater and sewage system to get rid of the points where there are links between the two.”

The Moa Pt overflow is being investigated to see if the Resource Management Act has been breached.