Home > News > Raindrops are falling on our heads...

Raindrops are falling on our heads 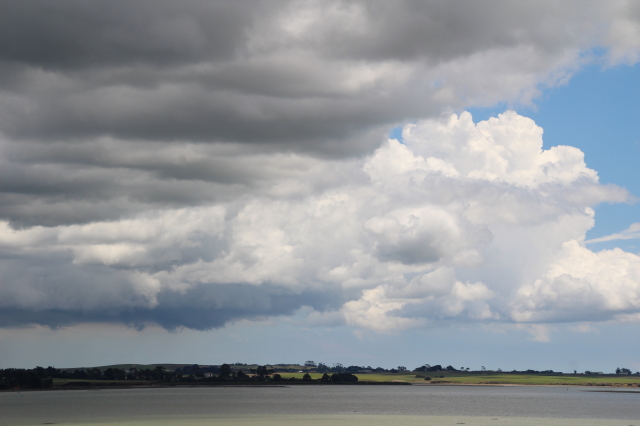 Not everyone is seeing rain today.  But it’s been a long time since so many people in so many different parts of the country are actually see liquid fall from the sky.

WeatherWatch.co.nz Facebook readers have been telling us tales of clouds, cooler temps and rainfall.  Wendy Roe in West Auckland reported intermittent light showers.  She called it “pleasant”.  Anikka Spicer said that up in Northland, it was overcast and a bit cooler than it has been.  Kim Burns said it was cloudy and cooling down in Lower Hutt.

Suzie McAnelly reported in from the deep south saying that it was overcast and warm and trying to rain in Invercargill.  Trever Lewis in Dunedin said that he sees some clouds, but no rain in Dunedin.  He added that it feels like “paradise” with a temperature of 20.3.

Megan Purcell says it is cloudy and cool in Christchurch.

But not everyone is getting break from the heat and sun.

Lisa Corlett says the sky is blue in Masterton and it was getting hotter.  Tash Torstonson reports blue sky, a few clouds and warm in Matamata.  Sine Gunn-Goldfinch says it is hot along with plenty of sunshine with a few clouds in Porirua.  Lisa Morley, in South Wairarapa says it is hot with a warm northwest breeze.